If it's true that the Florida governor will toss his hat into the ring for the U.S. Senate seat currently held by the retiring Mel Martinez, this will be the test of whether the documentary "Outrage", and its reporting that the anti-gay pol is a big old hypocritical homo, will have any impact on the candidate. It will also tell us whether the MSM has learned anything about enabling the closet.

The Senate Guru doesn't discuss the film or its reporting, and sticks to the dry stuff, but reading between the lines, there's just something about Charlie Crist that the conservatives in his state detest.

Crist's poll numbers against GOP primary challengers and potential Dem opponents are called almost "insurmountable," but it sounds like the conventional wisdom that is developing is that for some reason, the bottom is going to fall out for Charlie -- because he's not conservative enough. 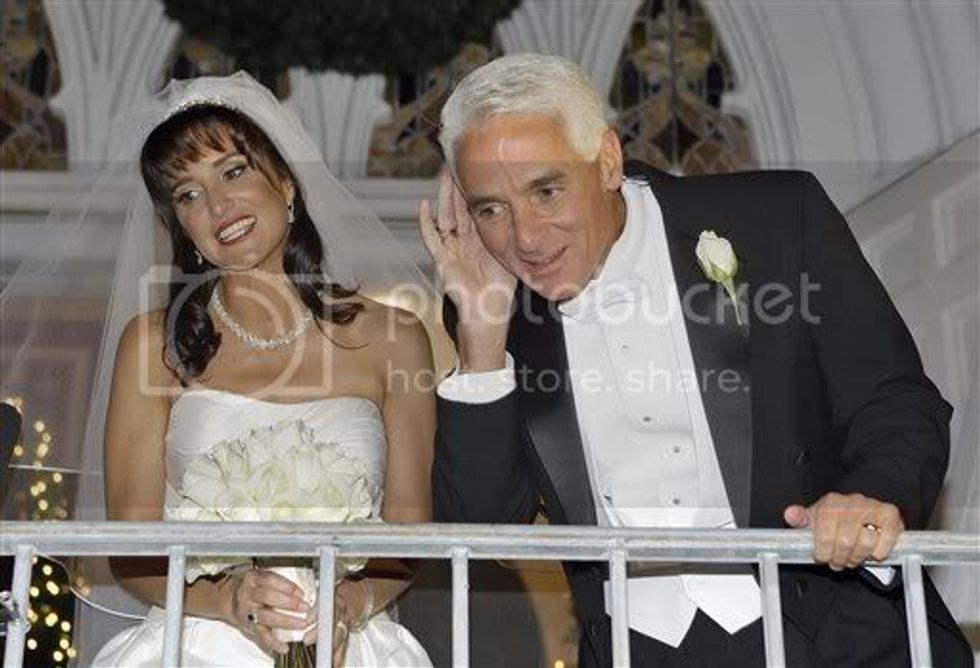 Florida Republican Party circles are hearing increasing talk of conservative dissatisfaction with Gov. Charlie Crist and a possible primary challenge if he runs for the U.S. Senate next year. ...

Some conservatives, never happy with Crist's emphasis on racial diversity, environmental regulation and populist willingness to take on big business, are now saying it openly.

Is this really why the folks in his party are talking up Rubio? It looks like Jeb Bush isn't going to stand by Crist either.

The DSCC, not unexpectedly, is going to stay away from closet talk, of course, and chooses to focus on Florida's poor economic performance during Crist's term. Well, what states have performed well during the Bush economy? It will be interesting to see where this goes.

The reason why Charlie Crist's purported closet is newsworthy is because the man, if he goes to the U.S. Senate, will vote on LGBT rights issues at the federal level. It's not about demonizing him for being gay, which the MSM still fails to understand. Its treatment of closeted elected officials carries the undercurrent that there is something inherently wrong with being gay. It isn't -- it's someone's unresolved issues playing themselves out in a pathological manner.

The media's insistence that "it's a personal matter" doesn't wash when it abdicates its duty to report on the hypocrisy. As we have learned, with Larry Craig and Mark Foley, the protection of the closet renders politicians and their enablers so impotent -- it's all about remaining closeted at any cost -- they take out their personal issues on LGBTs who don't have problems with their sexual orientation; they simply want the same civil rights as everyone else. You lose your right to lock yourself in the closet of heterosexual privilege when you have to power to deny others civil rights with your vote.