Why isn't my (love, commitment, and) marriage recognized in all 50 states?

Most readers are well aware of the answer to this question -- the Defense of Marriage Act.

Under the law, also known as DOMA, no state (or other political subdivision within the United States) needs to treat as a marriage a same-sex relationship considered a marriage in another state (DOMA, Section 2); the federal government defines marriage as a legal union between one man and one woman (DOMA, Section 3).

And as a result of this disgusting law, states began passing marriage amendments.

As of April 2009, 29 states have enacted constitutional amendments defining marriage as the union of a man and a woman, and another 13 states have statutory bans, including Maine, which approved a same-sex marriage law that was repealed by referendum in the United States general elections, 2009.[38]

Kate and I married on July 1, 2004 in Vancouver, British Columbia, Canada. At that time it was the only place we could legally marry in North America. Today, our marriage is recognized in a few states -- Connecticut, Iowa, Massachusetts, New Hampshire, Vermont, and Washington, D.C.; the Coquille Indian Tribe in Oregon also grants same-sex marriage. New York, Rhode Island, and Maryland recognizes same-sex marriages, but they are not granted.

And then of course, you have the perversion of separate-allegedly-equal civil unions and domestic partnerships, which in theory gives couples (from the perspective of state government) equal legal recognition.

DOMA is clearly unconstitutional from a common sense perspective -- there is no sane justification for the fact that when Kate and I get on a plane and fly to New York that we're married, and when we return to North Carolina we're not. My state fortunately has not passed a marriage amendment; it does have a state DOMA to ensure our union is not recognized.

Yet my state-issued drivers license is valid in all 50 states. What's the difference? It's really that simple - we're talking about the culture of marriage, the heterosupremacy, the church/state conflation of marriage. It does NOT help that in the White House sits a president who is a constitutional scholar bleating that "God is in the mix" and that marriage is between a man and a woman. I really don't care about the political "safety" about this position at this date and time. It's an absurd position that only underscore what we've seen occur over and over -- the LGBT community is tossed overboard when it comes to civil rights. The stated positions of this administration always default to pandering toward the bigots, even when those positions fly in the face of common sense. It's quite sad.

What's enraging is the Obama administration's attack on my marriage by using spurious excuses to defend DOMA through the Department of Justice. No one in the administration is willing to answer direct questions about DOMA (and DADT for that matter) related to their constitutionality. For instance, take a look at this exchange between The Advocate's Kerry Eleveld and Press Secretary Robert Gibbs: 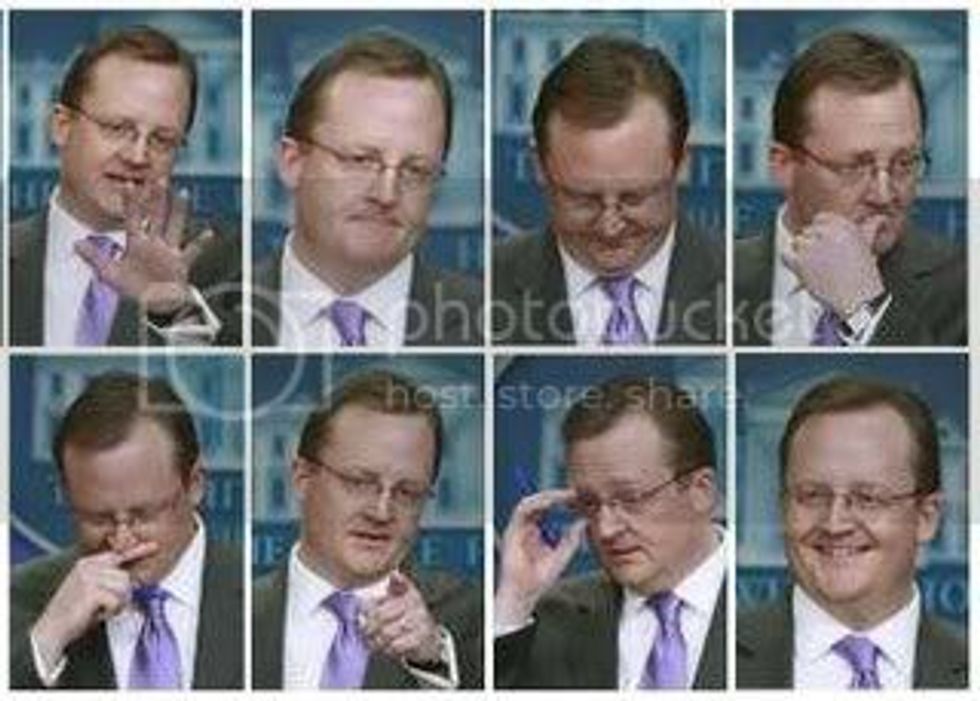 Legal decisions around next steps in that case, I believe, will be made at the Justice Department and I would point you over there to them.

What kind of answer is that? Reading between the lines, the clear message here is that the administration intends to tap dance around a clear answer until it is forced to by the string of legal cases winding their way to SCOTUS. It's an embarrassing strategy quite frankly, but as we've come to see, this is not an administration we can call a "fierce advocate" based on actions. It talks a good game, but when you have Steve Hildebrand and HRC calling 1600 Pennsylvania Avenue out, this administration is really running out of tap dance time. Hildebrand to Eleveld:

Is there anything you’re disappointed with that you’ve communicated to the administration?

I’m very perplexed on the administration’s continued defense of DOMA in the courts. The Justice Department is not required to defend laws passed by Congress -- they have a history of doing it but it’s not a requirement. Their ultimate duty is to defend the Constitution of the United States and if Congress passes a law that is discriminatory and doesn’t pass muster of constitutionality, the Justice Department in my opinion should not defend those laws. In fact, they should find ways to make sure that those laws are stricken down by the courts.

I’d like to see the president and Attorney General Holder announce that they will no longer defend the Defense of Marriage Act and to agree with the judge’s findings in the Massachusetts’ court case.

Meanwhile, as we are up in Maine doing a late celebration of our sixth anniversary, our marriage remains a tattered patchwork of civil rights and obligations in this country, and zero rights in our home state.

Our legislators are behind the times when it comes to cultural change on marriage. We live in North Carolina and have not experienced discrimination when introduced as a married couple. Most of the time we're asked where we got married and whether it is legal -- that is, of course, an ice breaker and opportunity to educate people about the fact that we may be married, civil unioned, domestic partners or strangers in the eyes of the law depending on what state we are in. People are usually perplexed, and even in a state with a good level of cultural conservatism, it's hard to dismiss us as unworthy of rights when it's a one-to-one conversation with a same-sex couple willing to speak about the issue.

What will it take for our "advocates" to grow a political spine? The religious bigots will be on the wrong side of history. We know this. The White House knows this. Congress knows this. The cultural change is bubbling up by more married same-sex couples who are out and willing to talk about their love, commitment, respect and desire for the same rights and responsibilities as any opposite-sex couple. Yet they have to also speak about their marriages being dismissed by the "most LGBT friendly administration ever" as less-than because of its own cowardice and political homophobia.

All photos save the wedding day pic: