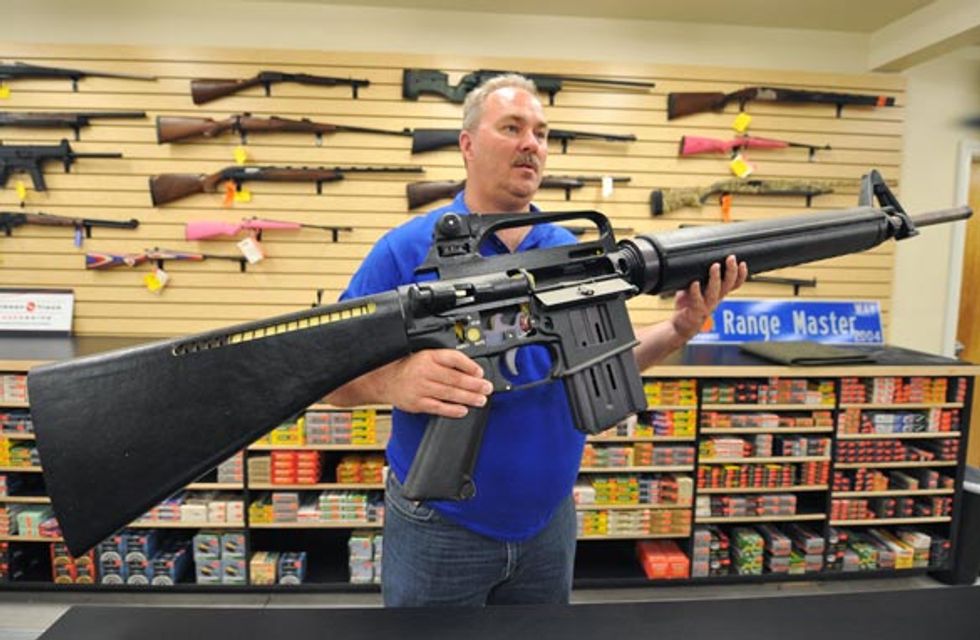 High-profile gun violence has historically renewed legislative interest in the cause of gun control, and the shootings of twenty people in Tucson, Arizona is no exception -- only this time, the measures face steeper hurdles than before.

Rep. Gary Ackerman, a Democrat from New York, is the third congressman to propose a gun control bill in the wake of the murders on Saturday. (The other two are also New Yorkers.)

His bill seeks to accomplish a goal other gun control advocates have tried and failed to do in recent years: close the "fire sale loophole," which permits unauthorized gun dealers to sell firearms at gun shows and allows buyers to purchase them without an otherwise mandatory FBI background check.

Jared Loughner, the 22-year-old accused of perpetrating Saturday's shootings, purchased his firearm legally, passing an instant background check in a state many consider to have the most lax gun laws in the nation. Arizona does not require a permit for concealed carry.

Republican Rep. Peter King has put forth legislation sought to ban guns carried within 1,000 feet of members of Congress. Democratic Rep. Carolyn McCarthy announced plans for a measure restricts the buying and selling of high-capacity ammunition clips, like the one purchased legally and used by 22-year-old Jared Lee Loughner in Tucson. Sen. Frank Lautenberg (D-NJ) has voiced his support for the same proposal.

But the measures face tough odds in Congress, which has grown increasingly adverse to gun control legislation in the last fifteen years, largely in response to the vast political influence of the pro-gun lobby.

Already, the House's two senior-most Republicans have rejected King's proposal, as many conservatives argue that stronger gun laws are neither necessary nor helpful in preventing further tragedies like Tucson.

Over the last two decades, the National Rifle Associated and other gun rights groups have outspent gun control advocates by over 20-to-1 on lobbying, according to data from the Center for Responsive Politics.

The Obama White House has remained mum on the issue, upsetting gun control activists who expected more from the president.