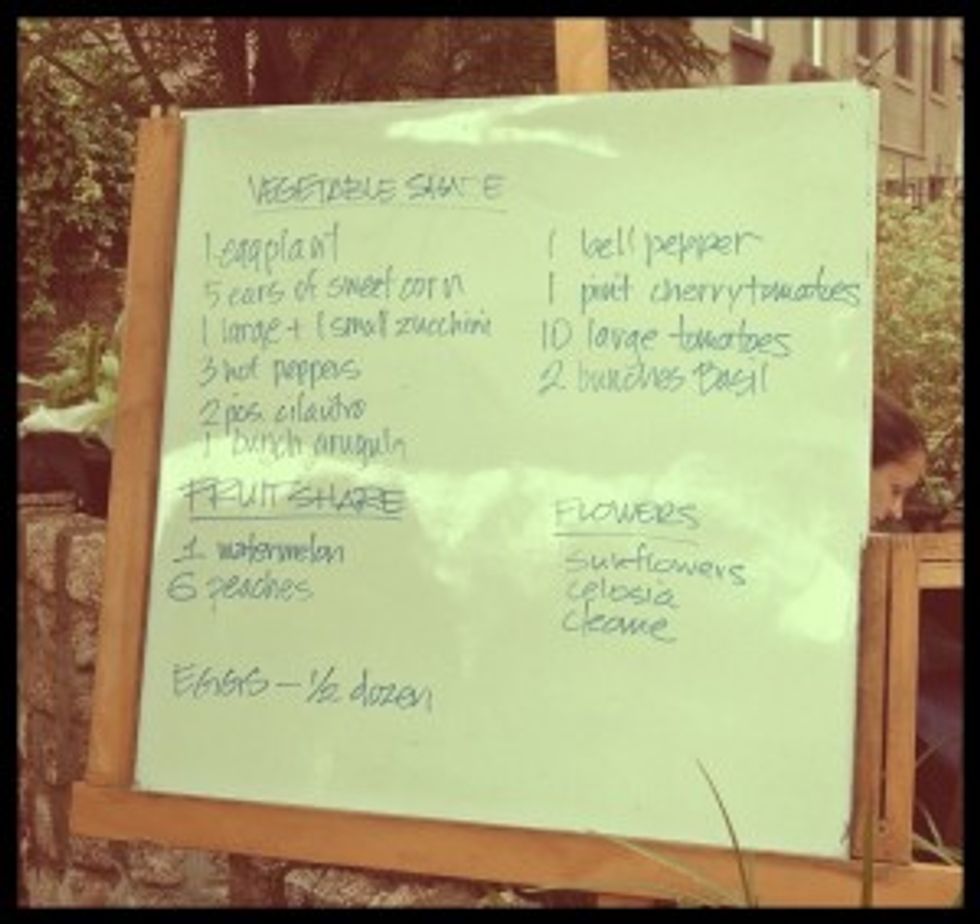 Sorry I've been haphazard about posting this stuff. I've been really busy! But I am continuing to cook and even take some photos.

Took one of the zucchinis and some black beans to make green enchilada filling. Made my own sauce with tomatillos that were on sale at the grocery store, the jalapenos, the cilantro, an onion, and the bell pepper. This recipe is a good example of how to make your own. You can buy the can stuff, but this is so much better. I made a lot more than I need and use it to dress stuff like eggs or sandwiches for days afterwards.

Vegetarian, because I used cheese, but if you hold it, vegan. 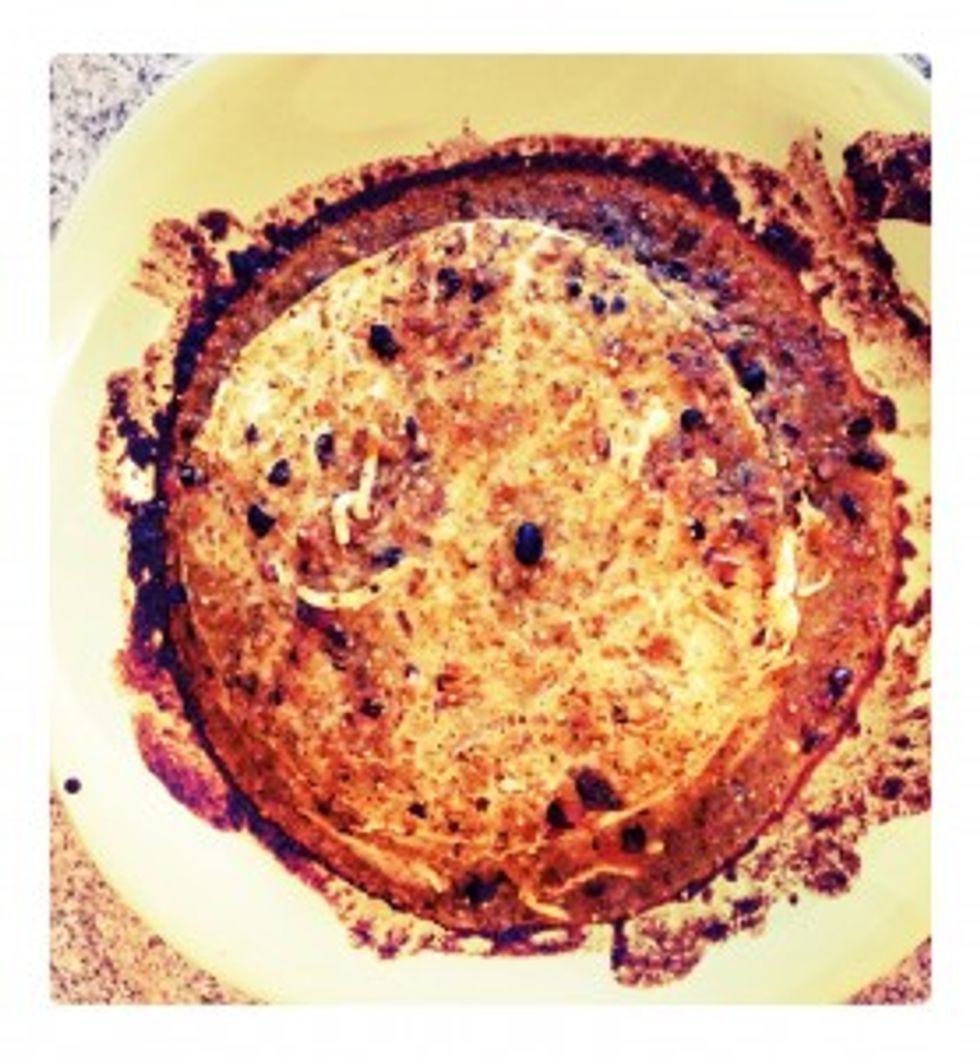 On the basis of recommendations from comments, I thought to use this week’s watermelon in a basil-based salad. This recipe with tomatoes and peaches was perfect, and I could up my peaches, too. I didn’t use pumpkin seeds, because it’s just fine without them.

Since I wasn’t able to cook many dinners during that crazy week, I had a lot of food leftover that was about to go bad to go with the new delivery. So I took all the squash, all the corn, the hot peppers, and a bell pepper and made a stew-like concoction with black beans. This way, the food was preserved and I could use this in various forms, like with tortillas, eggs, or over grains. It would pair nicely with the tons of enchilada sauce I still had the fridge.

I had a ton of peaches from the new shipment---12!---so I had to find a way to use them up quickly, since peaches go bad fast. I used three to make this peach and roasted vegetable salad. I bought a box of carrots at the farmer’s market, and used half in this. I also replaced the beets with cherry tomatoes from the CSA.

I took the rest of the carrots and cooked them with thyme, red wine, salt, pepper, garlic, and kidney beans. 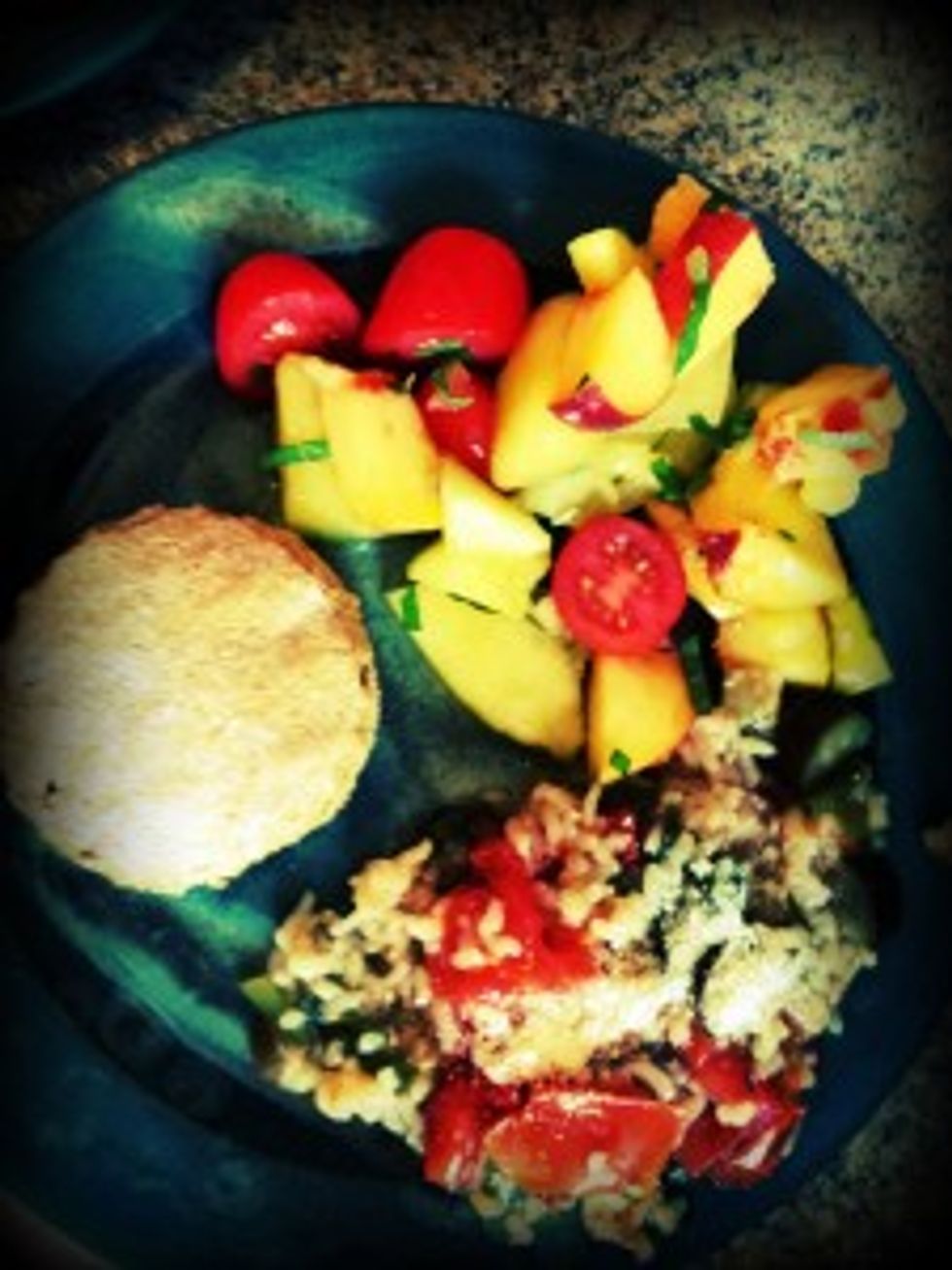 Vegetarian, though you could eliminate the feta and make it vegan if you want.

Had to work through all those peaches before they went bad, so I started by making a simple peach gazpacho, using Martha Stewart’s recipe.

That got rid of many of them, but I still had a handful left, so I modified this recipe for zucchini muffins, using peaches instead. The big difference is cutting the sugar in half, because peaches already have so much sugar in them.

I also took the eggplant and some of the tomatoes---we were given 5 pounds this shipment!---and threw together a quick gratin by layer eggplant, then basil, then tomatoes, then sprinkling goat cheese and baking it in the oven for an hour as I circulated through the muffin dough.

Had a bunch of veggies and not much time, so there’s only one thing to do: stir fry. Bell peppers, jalapenos, celery, carrots, broccoli and onions went in with soy sauce, rice vinegar, and spices. Added tofu for protein. Served over rice. 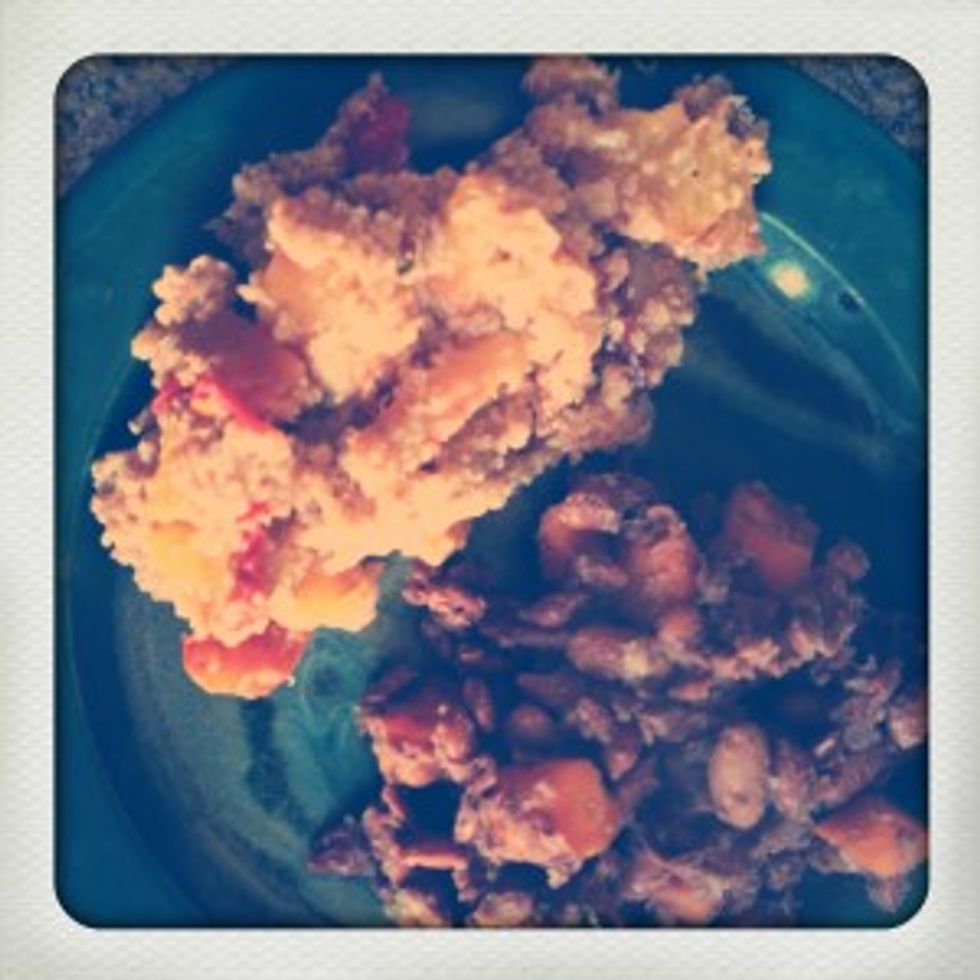 Used the peaches to make this recipe for a low-cal peach cobbler. Instead of sticking to the peach-nectarine combo, I just doubled the peaches.