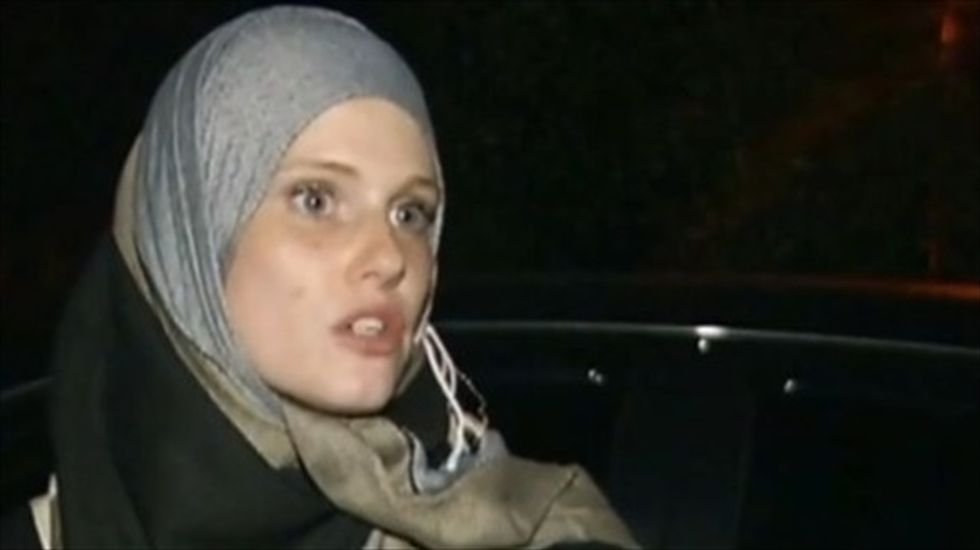 A Florida woman says her Muslim faith was the impetus for an unidentified man's attempt to run her off the road with her children inside her car during a 20-mile "road rage" pursuit.

"He grabs a red flannel shirt from his passenger seat and he takes it," the 26-year-old woman, who is only identifying herself as "Rose," told WKMG-TV in an interview aired on Wednesday. "He wraps it around his head, holds it under his chin and starts wiggling his head like this, obviously to imitate my head scarf."

The woman told WKMG the Oct. 25 encounter began when the man drove his black Ford pick-up truck across a double yellow line to pass her, and that he swerved twice into her lane after the two made eye contact before briefly forcing her car off the road and tailing her for another 20 miles before giving up his pursuit, while she tried calling police for assistance.

The Orlando Sentinel reported that authorities in Osceola County have identified a suspect and are treating the incident as an aggravated assault. However, Rose also told WKMG that the local sheriff's deputy who responded to her call drove by the truck without detaining him.

Watch Rose describe her run-in, as aired on WKMG on Wednesday, below.