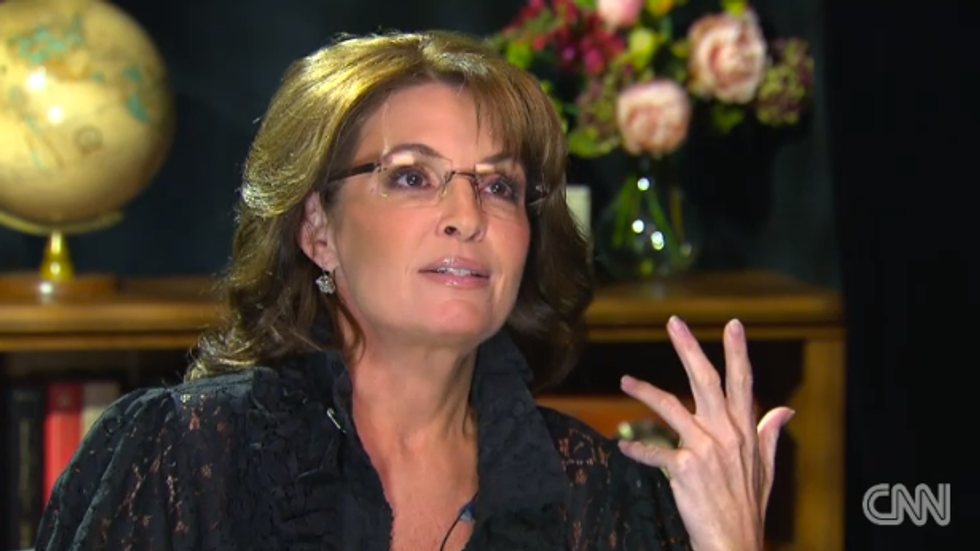 Sarah Palin says she’s dismayed by the apparent liberal agenda of Pope Francis, although she suspects her perception may have been shaped by misleading media reports.

"He's had some statements that to me sound kind of liberal, has taken me aback, has kind of surprised me," Palin said Tuesday in an interview on CNN's "The Lead with Jake Tapper."

The former half-term governor of Alaska and failed 2008 vice presidential candidate said she’s suspicious of the way the media have portrayed the new pope and his message.

“There again, unless I really dig deep into what his messaging is, and do my own homework, I’m not going to just trust what I hear in the media,” said Palin, who described herself as a “born again” Christian.

Pope Francis has won many admirers for his open-minded comments on social issues, including homosexuality, abortion and contraception, and he’s criticized capitalism for promoting greed.

But that has alienated some Catholics, particularly in the U.S., where most prominent religious leaders promote conservative social and political issues.

“It seems he’s focusing on bringing back the left that’s fallen away, but what about the conservatives?” said Bridget Kurt, a Georgia Catholic conservative. “Even when it was discouraging working in pro-life, you always felt like Mother Teresa was on your side and the popes were encouraging you. Now I feel kind of thrown under the bus.”

Catholics have been debating online and in person the pontiff’s remarks on poverty and, particularly, a recent comment on the nature of good and evil that some have interpreted as condoning relativism.

Steve Skojec, a Virginia Catholic and blogger, said he’s come to suspect Pope Francis is a “self-styled revolutionary” who wants to change the church fundamentally.

“There have been bad popes in the history of the church,” Mr. Skojec said. “Popes that murdered, popes that had mistresses. I’m not saying Pope Francis is terrible, but there’s no divine protection that keeps him from being the type of guy who with subtlety undermines the teachings of the church to bring about a different vision.”

A recent Quinnipiac University poll found that two-thirds of American Catholics share the pope’s concerns that the church had become “obsessed” with a few social issues.

“I think he was completely right,” said Katie Stacy, who works at a Catholic-run pregnancy clinic in Georgia. “The focus should be not only on love and mercy, but on treating the women in these crisis situations with love and mercy.”

The pope is the most popular person on the Internet, according to the 14th annual survey from the Global Language Monitor, based on an analysis of English-language blogs, social media and 275,000 electronic and online news media.