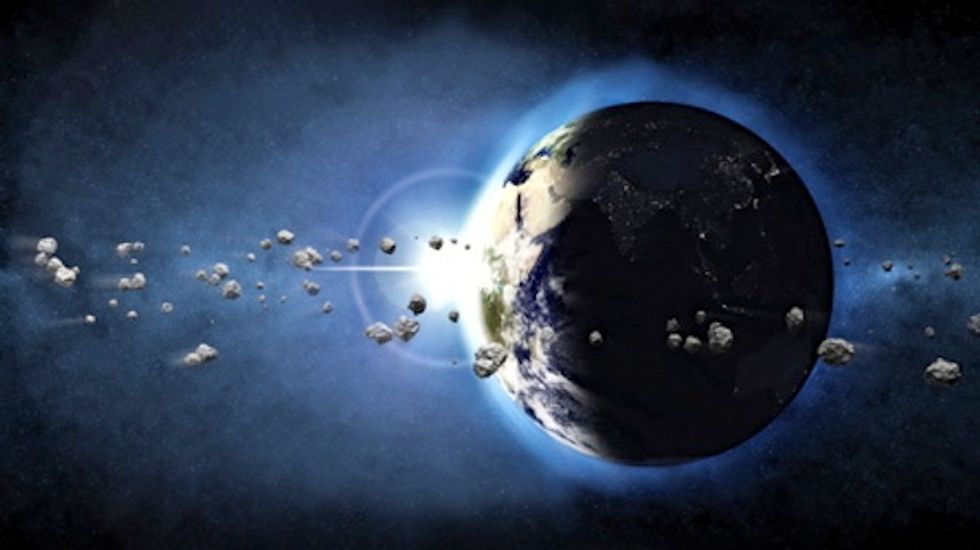 Scientists have confirmed signs of water on the dwarf planet Ceres, the largest object in the asteroid belt.

Scientists have long suspected Ceres may hold significant amounts of water but have never been able to prove it.

Herschel did not detect water every time it pointed toward Ceres, and the scientists think the water vapor may shoot out as the dwarf planet swings closer to the sun, warming its surface, at some points in its orbit.

The researchers published their findings Thursday in Nature, explaining that the tiny planet – just 590 miles in diameter -- has an icy surface that, if melted, may potentially contain more freshwater than all of Earth.

Scientists aren’t sure if the source of the water plumes is a layer of ice beneath the planet’s surface that gets heated by the sun or if they’re spewed by ice volcanoes.

NASA’s Dawn spacecraft is expected to arrive at the Texas-size dwarf planet in spring 2015, but it will arrive when Ceres is far from the sun and may not witness any water activity.

"We've got a spacecraft on the way to Ceres, so we don't have to wait long before getting more context on this intriguing result, right from the source itself," said Carol Raymond, deputy principal investigator for Dawn at NASA's Jet Propulsion Laboratory. "Dawn will map the geology and chemistry of the surface in high resolution, revealing the processes that drive the outgassing activity."

Dawn, which launched in 2007, had previously orbited the protoplanet Vesta, the second-largest object in the asteroid belt between Mars and Jupiter that’s littered with rock left over from the formation of the solar system some 4.6 billion years ago.

The discovery puts Ceres in a special class of solar system objects with active water plumes, a key ingredient for life, and includes Jupiter’s moon Europa – which may have an ocean beneath thick surface ice – and Saturn’s moon Enceladus, where water jets have been spotted on the surface.

Researchers said the discovery bolsters the theory that rocks carrying water and carbon molecules struck Earth billions of years ago, bringing the ingredients essential for life.

Ceres was discovered in 1801 by Italia astronomer Giuseppe Piazzi, who named it after the Roman goddess of agriculture and fertility.

It had been mistaken for an asteroid until closer examination revealed it was spherical, possibly with a silicate core and icy exterior, and it was classified in 2006 as a dwarf planet by the International Astronomical Union.

[Image: Earth Planet with Rising Sun and Asteroid Belt (Elements of this image furnished by NASA) via Shutterstock]