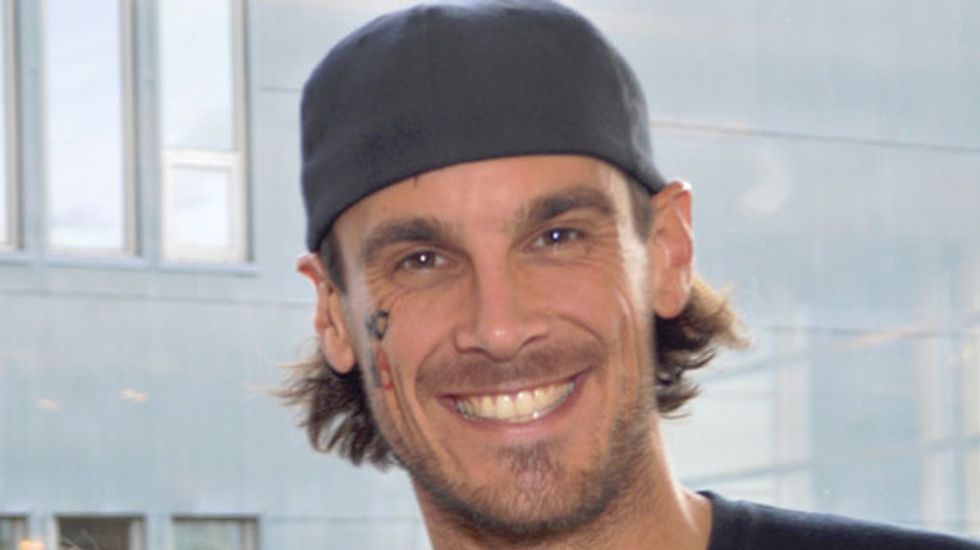 During the interview, atheist activist David Viviano asked Kluwe if he believed Vikings special teams coach Mike Priefer made anti-gay comments because of his religion.

"I think that might have been a factor in it because I know that especially with Christianity there is very much, you know, a lot of stuff in the Old Testament about, you know, stone the gays, don't allow it, homosexuality is a sin, stuff like that," Kluwe replied. "And it is really unfortunate because there is a lot of very nice people who are Christians who don't believe that, but there are also a lot of very not nice people who are Christians who do believe that, and they give the other Christians a very bad name."

"They're very vocal, they're very active, and they're treating people really badly," he continued.

"The problem is that they don't understand that if the tables where flipped, where they the ones being persecuted, they would be screaming and yelling about how they're rights were being trampled and how dare you do this to me... but they don't see how they're doing the exact same thing to someone else."

Kluwe also said he was familiar with the so-called "war on Christmas," and thought it was "unfortunate" that fundamentalism appeared to be on the rise.

"Fundamentalism is never a good thing in history," he said. "Fundamentalism leads to really terrible things, and so my position has always been: I don't have any problem whatsoever with religion, I have no problem whatsoever with whatever your beliefs are, all I care about are your actions. What do you actions say about you as a person? Because that is the only way any of us can ever judge each other."

"You can't say no to this theocracy and then try to impose your own theocracy. That doesn't make sense," Kluwe remarked.

The former football player said this month that he was released by the Vikings because of his public support for same-sex marriage.