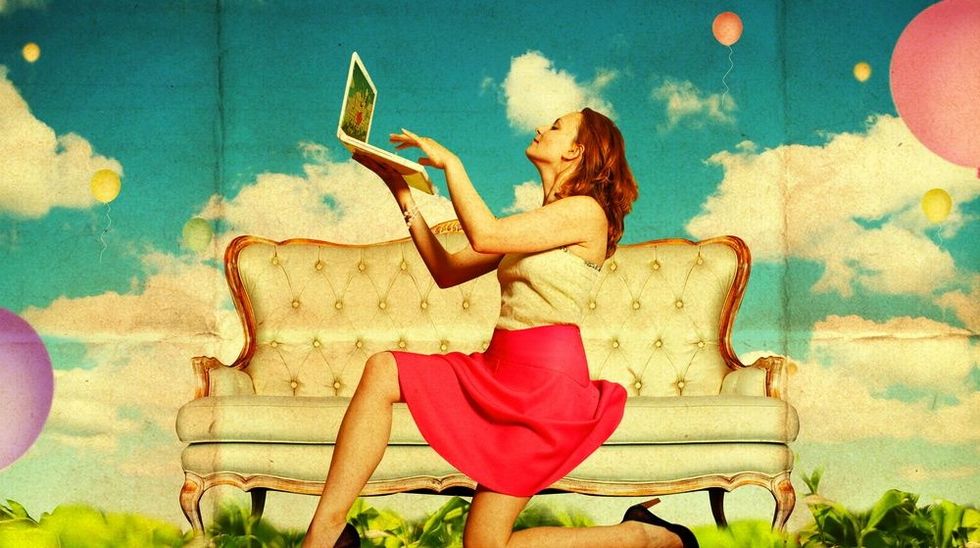 Mobile communications mean knowledge-based workers will not have to work at desks in offices, says Nicola Millard

When the American broadcaster Walter Cronkite made a program about the office of the future in 1967, he forecast the end of commuting thanks to a desk at home laden with screens for making video calls, checking the news and tracking stock prices. There was even a closed circuit television system for monitoring activity in the other rooms – on Cronkite's screen, women in pinafores were making the bed.

Over the past 40 years, the idea of home-working has been more of an ambition than a reality for most people. More than half of us still work in a traditional office at a fixed desk. But Dr Nicola Millard, a futurologist working for BT whose full-time job is to gaze ahead at how our lives are likely to change, believes the reinvention of work is finally under way.

Millard, who has a degree in psychology and a PhD in computer science, has worked for BT for 23 years in research and customer service, helping to design systems for call-center workers, before being appointed as the group's futurologist.

She, however, prefers to describe herself as a "soonologist" because her job is to advise BT and its big corporate clients on how working life will evolve over the next five years – and she reckons we have reached a point at which the majority of people in "knowledge-based" roles can now do their jobs with little more than a phone, a computer and an internet connection. Work, she says, can now be a state of mind, rather than a place. "There is no reason why knowledge workers shouldn't all be working flexibly in five years' time," she says. Millard reckons the wide availability of highly portable computers, from smartphones to tablets and laptops, means that rather than sitting at Cronkite's formal "computerized communications console" watching maids making beds, professionals will more likely be on their bed, working in their pyjamas.

Millard's favorite place to hunker down and get productive is at what she calls the "coffice" – which could be a coffee shop, hotel lobby or airport lounge: places where the background noise provides a buzz but there are no colleagues to cause a distraction.

Millard's office is BT's research laboratory at Adastral Park in Suffolk, a pioneering centre for technology and telecommunications, where a scale model of BT's global network is used to test the broadband kit developed by the group and its partners.

About 10% of BT's employees work from home, a fact that helps well over 90% of mothers at the company return to their jobs after maternity leave. However, 73% of BT staff are set up to work from anywhere, with laptop access to their company files.

Much of Millard's work is about the future of offices and business meetings, and although we are now more mobile, video calling and conference calling have made traveling to meetings less of an imperative. BT, she says, has adapted Dolby surround-sound technology for conference calls and is currently researching its effectiveness.

High definition microphones and multiple speakers give participants audio cues that can help replace the visual ones we usually rely on, such as facial expressions and hand gestures.

Modulations in the tone of voice and breathing are picked up, background sound is also transmitted, helping to distinguish one speaker from another, and voices are arranged in a virtual circle around the listener, with sound transmitted from left, right or straight ahead.

Office use is changing, and with it the design of our workplaces. One solution gaining popularity, she says, is the "activity based office", which is zoned by need. There can be presentation rooms, areas for socialising, pods for solo work, larger rooms for brainstorming and even police-style incident rooms where bid proposals are written by specially assembled teams.

Collaboration and cross-fertilization, she says, can be promoted by assigning staff a locker instead of a desk.

In Sydney, some offices these days have concentric circles of activities, with quiet rooms by the windows, areas for making phone calls further in and zones for presentations, eating and drinking at the center, creating a hub of activity at the heart of the collective space.

Millard, who describes herself as a collector of offices, says: "The office is a collaboration tool and should be designed for collaboration. The open plan office is a product of the 1970s when we thought that by forcing everyone together, by breathing the same air, we would collaborate. But that's not how it works."

Technology, of course, also has its drawbacks. The average person is interrupted every three minutes during their working day, according to the London Business School, and our plethora of gadgets have made for more disruptions.

Interrupted tasks have been found to take twice as long to finish and contain twice as many errors as uninterrupted efforts: it can take between 12 and 20 minutes to resume a complex task after being interrupted.

Our ability to multitask has not evolved alongside the computer chip, says Millard; the constant switching between tasks required by technology is tiring and damages productivity.

For her, the worst distraction is email, which she calls a "time vampire" and only checks twice a day. For urgent communication, she uses text messages. "We have these devices that are constantly on and constantly on us. I describe them as screaming three-year-olds. They are always demanding our attention and we are infinitely distractable as human beings."

In future, working without assigned desks will help create private time for tasks that require high levels of quiet and concentration, but that could generate problems finding colleagues. Here again, technology is the solution.

Staff could also broadcast their arrival in the building to their social network, or check in at a particular desk using a code.

But that might be a Big Brother step too far for some.