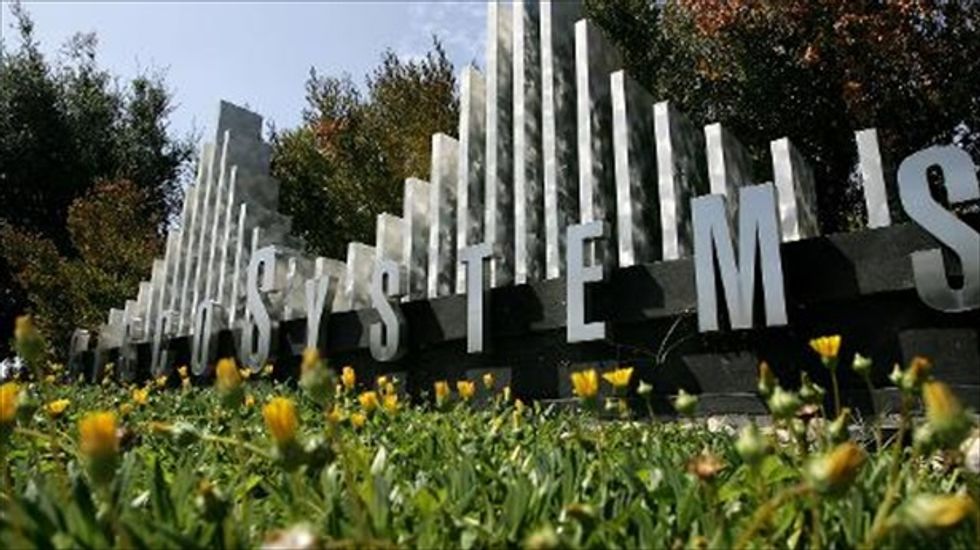 A U.S. court has cleared Cisco Systems over liability for human rights abuses in China, in a case closely watched by the global technology sector and activists.

The Maryland judge dismissed the case, saying Cisco -- one of the biggest makers of computer networking equipment -- was not at fault for abuses carried out by Beijing using the "Golden Shield" censorship and surveillance project to find, arrest and torture political opponents.

It was the latest test of a 1789 US law which may be used by foreign nationals to seek redress in American courts over human rights abuses.

Judge Peter Messitte, in a February 24 opinion, sidestepped some of the key legal questions in ruling that the court lacked jurisdiction over the US tech giant's activities, but added that he "harbors doubt that corporations are immune" from the Alien Tort law.

Messitte wrote that "from all that appears, Cisco technology remains a neutral product that can be used in innumerable non-controversial ways" and that the Chinese plaintiffs "failed to indicate with any logic what it means to customize technology that would permit the sort of human rights violations alleged here, such as torture."

Activists hoping to use the US courts to hold corporations accountable for complicity in rights abuses expressed disappointment over the decision.

"While a tech company could not (and should not) be held accountable when governments misuse general-use products for nefarious purposes, early evidence indicates that Cisco did much more," say Cindy Cohn and Rainey Reitman of the Electronic Frontier Foundation (EFF) in a blog post.

"This included actively customizing, marketing and providing support for its monitoring and censorship technologies even as it knew that they would be used to identify, locate, and surveil Chinese democracy and religious freedom activists."

The EFF filed a brief supporting the plaintiff, dissident writer Du Daobin, and has been documenting other cases in which technology supplied by Western companies is being used by repressive governments around the world.

"Technologies are being created and customized with the explicit purpose of helping repressive regimes track down, detain, torture and murder people," the EFF activists said. "It's time for Western companies and American officials to stop pretending this isn’t true."

"As we stated when the lawsuit was originally filed, there is no basis for the allegations against Cisco," company general counsel Mark Chandler said in a statement.

"As the court noted, Congress and the Commerce Department expressly permit the sale of this networking technology. This is no surprise given that it has helped billions of people in nearly every nation around the world to access information previously unavailable or inaccessible."

The ruling could be significant in a similar case filed in California by members of the Falungong religious group, which has been branded by China an "evil cult" and banned.

The decision also suggests the US courts are reining in the use of the Alien Tort Statute, which was little used for 200 years until the 1980s, when rights activists began suing on that basis.

The U.S. Supreme Court in recent months has struck down lawsuits seeking redress against German carmaker Daimler for abuses in Argentina's "dirty war," and against Royal Dutch Shell for its role in Nigeria's political crackdowns.

"The courts have substantially narrowed the interpretation" of the tort law, says Gary Hufbauer, a senior fellow at the Peterson Institute for International Economics and co-author or a 2001 book on the law.

Hufbauer said that if the courts had acted differently, it could have opened the floodgates to litigation, clogging up US dockets and "it would be a big deterrent factor for US companies doing business overseas."

While the U.S. courts have been unreceptive to lawsuits, multinational companies are facing pressure on other fronts to step up efforts on human rights. Public campaigns in recent years have focused on Google and Yahoo activities in China.

"There is a broad movement that has been holding companies accountable on human rights for a long time," says Rebecca MacKinnon, a New America Foundation fellow who heads a "Ranking Digital Rights" project assessing the conduct of major technology firms.

Some firms including Facebook, Yahoo and Google have adopted principles for privacy and human rights under the aegis of the non-government Global Network Initiative, "but unfortunately Cisco has not taken that step," MacKinnon said.

MacKinnon told AFP she hopes her project will get companies to carry out "human rights assessments" and other measures to ensure their products and services are not used for repression.

The rankings, which are due in 2015, can add pressure from shareholders, governments and the general public.

"We think a low score will shine a spotlight on the laggards and help improve their conduct," MacKinnon said.