Fox and Friends: Why didn't Obama tell O'Reilly what we want to hear on Benghazi? 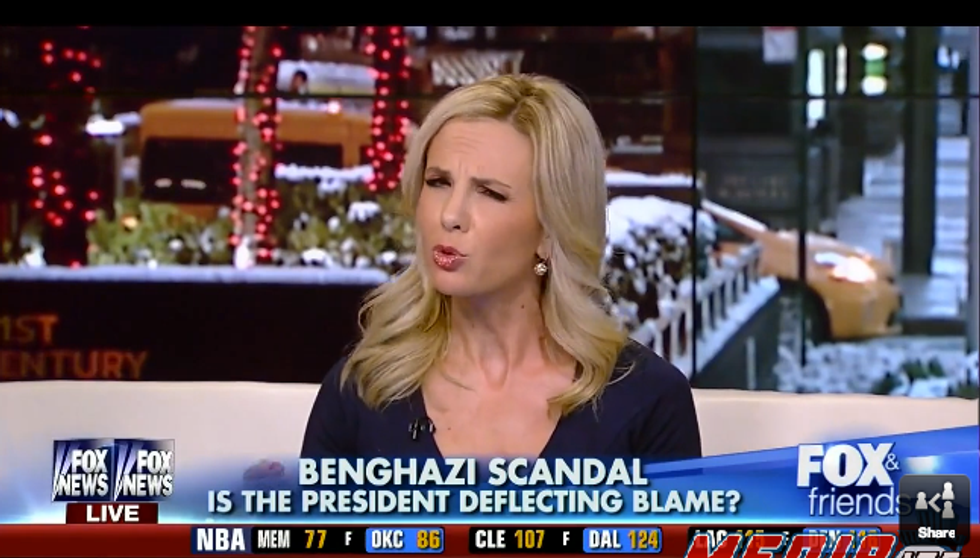 The panelists on "Fox and Friends" complained Tuesday morning that President Barack Obama hadn’t taken the opportunity in a lengthy interview with their colleague to set the record straight on Benghazi.

Obama sat down with Bill O’Reilly for a wide-ranging discussion that aired Sunday prior to the Super Bowl, with additional portions aired the following night, but Fox and Friends host Brian Kilmeade complained that the president didn’t focus enough on his own failings.

“The topics are valid, and the way they were presented to him wasn’t, ‘You screwed up Benghazi and lied to us,’” Kilmeade said. “He could even say that as an opportunity to straighten out the record. It was, ‘What happened in Benghazi? How come we don’t know? How come this person wasn’t taken to task? What happened with health care?’”

The Fox News host compared the president unfavorably to Vince McMahon, CEO of World Wrestling Entertainment, who was indicted on steroid distribution charges in 1994 and eventually acquitted.

“I remember Vince McMahon was in the middle of this steroid scandal – the middle of it,” Kilmeade said. “They said the whole push was that it was coming out of the office, they were making these wrestlers take it, and he walked over, he looked over, and he said, ‘Ask me the toughest questions possible. It does me no good to ask easy questions. I want this to end now.’”

Co-host Steve Doocy accused the president of stonewalling during the interview, as well as an appearance on The View just two weeks after the fatal Sept. 11, 2012, attack on a diplomatic compound in Libya.

“He didn’t want to address what he’d been saying, (which was) bin Laden is dead and al-Qaeda is on the run, and then if he had come out on the couch and said, ‘You know what, it’s terrorism, as they knew in the intelligence community,’ that would have changed everything,” Doocy said.

Co-host Elisabeth Hasselbeck, who was a panelist at the time for "The View," said she found Obama’s appearance on that program to be insulting to women.

Hasselbeck then laid out what she wanted to hear from the president before his re-election and now, after a congressional investigation found that the deaths of four Americans could have been prevented

“He knew, and we now know, according to a bipartisan report, that there was information out there that could have been shared, so it leads one to believe that if the whole truth was out there, perhaps those votes that he was counting on would not have been,” she said, looking to Kilmeade to follow up.

Watch the "Fox and Friends" segment posted online by NewsProMedia: