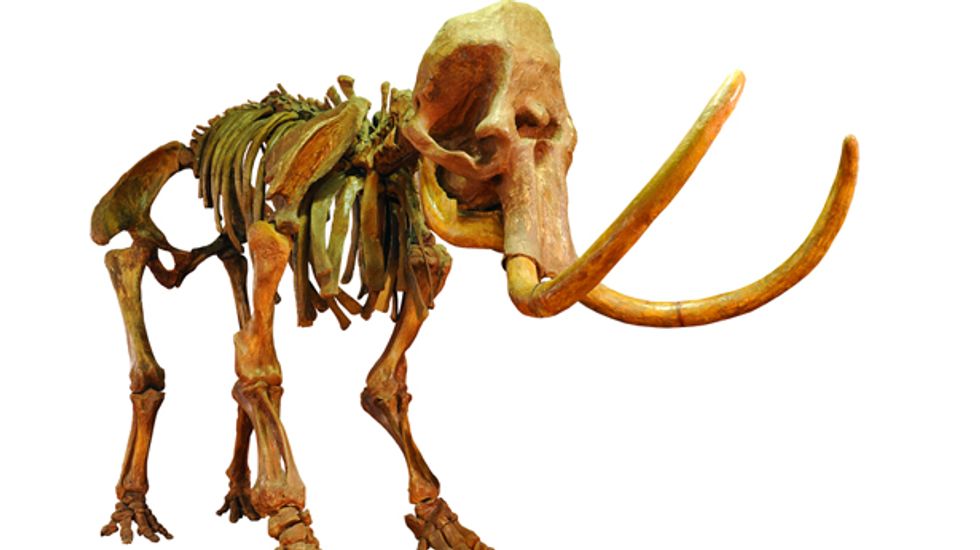 A mammoth on shutterstock

An eight-year-old South Carolina girl's drive to have the woolly mammoth designated at the state's 'official fossil' has been thwarted by two state senators who want the bill to be amended to give credit to God for creating the earth and the mammoth.

According to The Daily Beast,  Olivia McConnell noticed on a restaurant menu that her home state, South Carolina, had a blank where a a state fossil should have been listed.

The third grader wrote a letter to her state representatives, Rep. Robert Ridgeway (D) and Sen. Kevin Johnson (D), pointing out that one of the earliest discoveries of a fossil in North America was the teeth of a woolly mammoth, dug up by slaves on a South Carolina plantation in 1725.

Ridgeway and Johnson proceeded to introduce a bill to amend the state’s code to include the Columbian Mammoth as the official state fossil of South Carolina, which the state House passed 94-3.

Upon arrival in the state Senate, Sen. Kevin Bryant (R), a self-described 'born-again Christian,' proposed to amend the bill by inserting three verses from the Book of Genesis detailing God’s creation of the Earth and all of its living inhabitants — including mammoths.

In an interview Bryant defended his move, saying, “I think it’s a good idea to designate the mammoth as the state fossil, I don’t have a problem with that. I just felt like it’d be a good thing to acknowledge the creator of the fossils.”

Because Bryant’s proposed amendment introduced a new subject, it was ruled out of order by Lt. Governor Glenn McConnell (R).

In response to the lieutenant governor’s ruling, Sen. Mike Fair (R), whose district includes the fundamentalist Bob Jones University, placed an objection on the bill.

Addressing Fair's objection, Bryant explained that his senate colleague “had no intention of blocking the bill. He was just considering re-writing the amendment.”

Fair's history includes blocking South Carolina from adopting new education standards regarding evolution, stating that “...to teach that natural selection is the answer to origins is wrong.”

As of right now the 8-year-old Olivia McConnell's plan to get get the Columbian Mammoth designated as the state's official fossil remains on hold.

[A mammoth on Shutterstock]