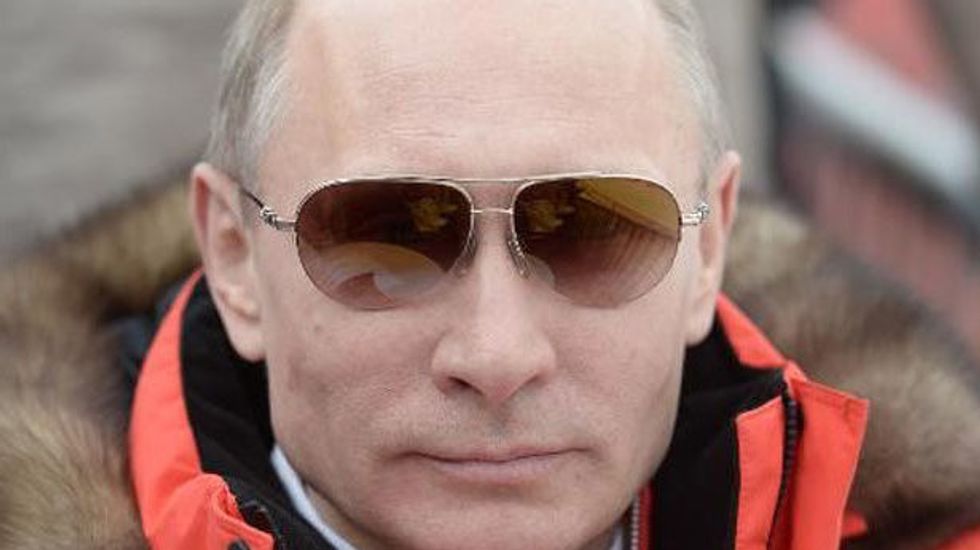 President Vladimir Putin on Thursday said Russia should create its own national payment settlement system, in a bid to reduce economic dependence on the West amid the controversy over Moscow's seizure of Crimea.

"In countries such as Japan and China these systems work, and work very well," Putin told lawmakers in televised remarks.

"Initially, they started out solely as national systems limited to their own markets, their own territory, their own population but they are becoming more popular right now."

"Why should we not do it? We should definitely do it and we will do it," he said, noting that Russia's Central Bank and the government have been looking into the matter.

Last week the United States hit more than 20 Russian officials, including some of Putin's closest allies, with sanctions over Moscow's takeover of the Black Sea peninsula of Crimea from Ukraine. A lender described as a "crony bank" for the Russian elites, Bank Rossiya, was also blacklisted.

As a result of punitive measures, several banks last week saw their customers barred from using Visa and MasterCard credit cards, prompting talk among officials and lawmakers that Russia should create its own operational network.

"It's a great shame that some companies have taken a decision on certain restrictions," Putin said.

"I think it will simply lead to a loss of certain segments of the market for them, and a rather profitable market at that."

Finance Minister Anton Siluanov said on Wednesday that the government had no plans so far to jettison Visa and MasterCard.

"But at the same time we are beginning to pay more attention to the creation of our own payment settlement system," he said in televised remarks.

US President Barack Obama has threatened to target the broader Russian economy if Moscow moves into eastern Ukraine after its takeover of Crimea.

This week, Washington and its partners in the G8 club of leading industrialised countries cancelled an upcoming summit in the Black Sea resort of Sochi in a bid to punish Russia further.

Putin has shrugged off the sanctions, insisting Moscow will conduct an independent foreign policy and would not take orders from the West.

Ratings agencies Standard and Poor's and Fitch last week revised Russia's outlook to negative from stable, citing the direct and anticipated impact from the sanctions and the country's increasing isolation.

Some Russia officials dismissed the revision, claiming the move was politically motivated.

The speaker of the Russian parliament's upper house, Valentina Matviyenko, suggested at the meeting with Putin that foreign ratings agencies -- which have put Russia on negative outlooks amid the crisis -- are driven by an agenda dictated by foreign governments.

"I believe it's necessary to finally think about the creation of our own rating agencies," said Matviyenko, one of the officials targeted by US sanctions.

Many analysts say Putin, the country's paramount leader for the past 14 years, is consciously pushing Russia towards the path of self-insulation in a bid to preserve his hold on power.

Economists fear the confrontation with the West will see the Kremlin undo many of the reforms pushed through after Russia embraced capitalism and opened up to the outside world following the collapse of the Soviet Union in 1991.

But many ordinary Russians say a greater degree of self-autonomy would be a boon for the country that would allow it to finally wean the economy off oil and gas and cut reliance on imports.

Vedomosti business daily said in an editorial Thursday that the government was facing the daunting two-pronged task of supporting the stagnating economy and finding "the least painful ways of partial isolation."

Igor Nikolayev, director of the FBK Institute of Strategic Analysis, said creating Russia's own credit card system could take one or two years but it will unlikely be recognised outside the country.