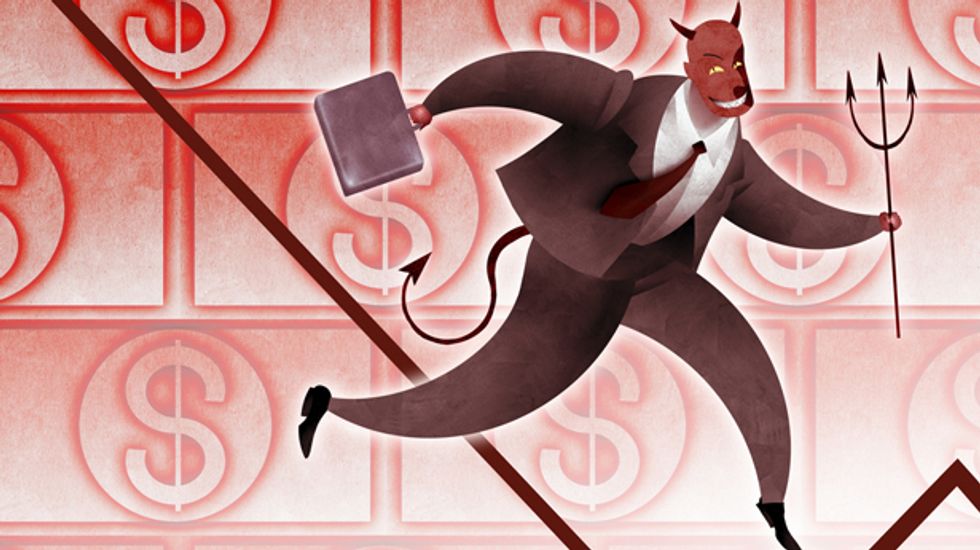 The makers of a Biblical role-playing game that follows the life of Abraham are blaming their lack of success and inability to fund the project on the influence of Satan.

Speaking with Polygon, Richard Gaeta, co-founder of Phoenix Interactive explained the company's problems starting cropping up right after the launch of their Kickstarter campaign for Bible Chronicles: The Call of Abraham.

"It's very tangible," explained business partner Martin Bertram. "From projects falling through and people that were lined up to help us make this a success falling through. Lots of factors raining down on us like fire and brimstone."

Executives with troubled video game company see forces other than the marketplace at play.

"If Satan is rallying some of his resources to forestall, delay, or kill this project, I think, this must be a perceived threat to his kingdom," said Ken Frech, a religious mentor on the project. "I fully would expect something like this to have spiritual warfare. Look at the gospel accounts of demons and so forth. That's reality. Many Americans don't believe it anymore. That doesn't change reality."

In the action-RPG game Bible Chronicles: The Call of Abraham,  gamers are an attendant in Abraham's party, witnessing Biblical events, while playing an active role fetching, fighting and seeking.

The developers point out that game will not be a glossy retelling of the Biblical story, but will follow a strict literal Biblical line.

Previous religious games have not fared well, with Gaeta and Bertram pointing to an SEC investigation into Christian game company Left Behind.

Nonetheless, Gaeta explains that there is a market for Christian role-playing games.

"Those families are also going out after Sunday services, driving to Walmart, and buying Call of Duty or Grand Theft Auto games," he explained. "We're not oblivious to that. But we can give them an alternative to what they've accepted from the mainstream media when it comes to video games."

Speaking of the popular Grand Theft Auto franchise, the executives see it as a manifestation of a society gone wrong.

"That's what we all have learned about how Satan works," says Gaeta. "It's taking us even further away, accepting the things that push you further away from the kingdom of God."

"We have this hope that the game will touch people, and it'll stir up a hunger for learning more about the Bible and God's word," added Bertram.