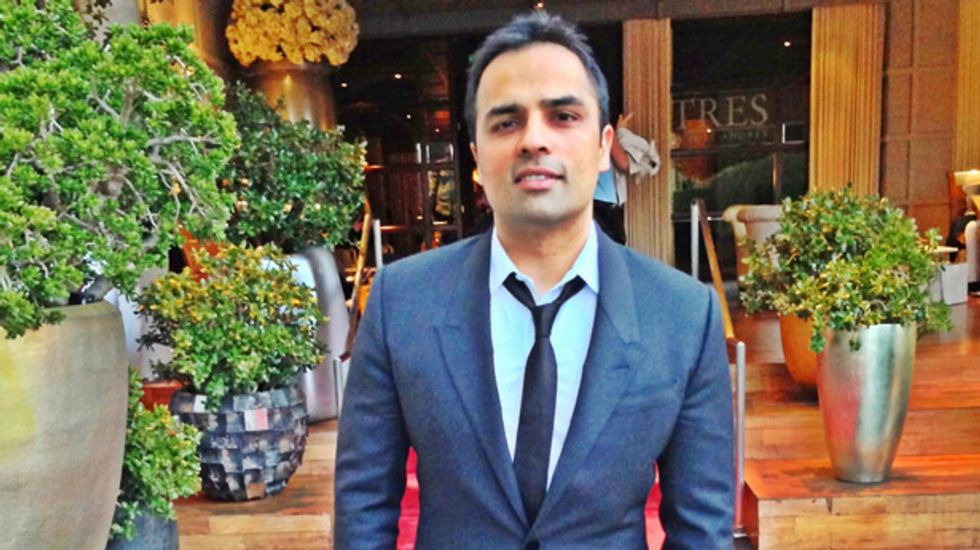 Embattled tech industry entrepreneur Gurbaksh Chahal, who gained notoriety this week after it was reported that he received a $500 fine and probation in a plea deal after a judge threw out video evidence of him hitting and kicking his girlfriend 117 times for thirty minutes, has been fired as CEO of RadiumOne.

According to an email received by TechCrunch  the board of directors of RadiumOne terminated Chahal Saturday night.

The company said in the statement that Chief Operating Officer Bill Lonergan will be taking over as CEO.

With a planned IPO coming up, the board was under considerable pressure to disassociate itself from the company's controversial founder and CEO.

Chahal's case came to the public's attention when a San Francisco judge disallowed video of the thirty-minute beating taken with closed circuit cameras in Chahal's home, saying the police obtained it without a warrant. Without the video, and with his girlfriend refusing to cooperate, prosecutors were forced to drop the 45 felony charges  to  misdemeanor charges.

In response to the his firing , Chahal posted a long rambling defense of himself on his blog, calling the evidence against him "bullshit" and accusing his ex-girlfriend of "having unprotected sex for money with other people."

Sounding defiant in the post, Chahal refers to himself as still being the CEO of RadiumOne.

Regarding the altercation with his girlfriend, he writes: "I discovered that my girlfriend was having unprotected sex for money with other people. (She testified to this in her interviews with the cops.) I make no excuse for losing my temper. When I discovered this fact and confronted my girlfriend, we had a normal argument. She called 9-11 after I told her I was going to contact her father regarding her activities."

He added, "But I didn’t hit her 117 times, injure her, or cause any trauma as the UCSF medical reports clearly document. This was all overblown drama because it generates huge volumes of page views for the media given what I have accomplished in the valley."

Chahal goes on to assert that the video evidence against him was "bullshit", writing: "Thee (sic) tape in question that was thrown was also bullshit. If anything, it actually made the SFPD look bad because they violently assaulted me as I opened my door despite my being fully cooperative."

He then adds that the prosecutor's were a 'bunch of rabid dogs."

"Trust me, the DA’s were like a pack of rabid dogs coming after me. If they had a case, they would have stuck with it."

Despite calls for Chahal to release the video in question top prove his innocence, he failed to address the issue in his blog post.

Because Chahal recently deleted tweets defending himself, we have screen-capped his main assertions which can be seen below.