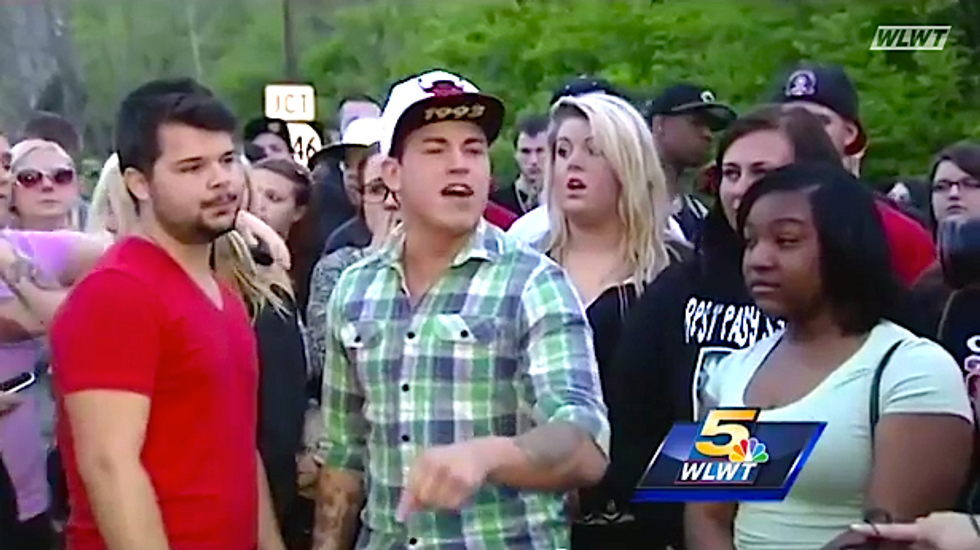 A northern Kentucky sheriff’s deputy shot and killed a 19-year-old woman early Saturday as she drove away from a field party, but her passengers and other witnesses dispute the officer’s account of what led to the shooting.

Deputy Tyler Brockman was called about 2:15 a.m. to a car crash near the Ohio River in Hebron, and the deputy said the apparently intoxicated driver told him about the party.

Brockman went to the party to investigate and provide field sobriety tests for drivers as they left.

A spokesman for the Boone County sheriff’s office said Brockman was out of his vehicle and ordered the driver of another car leaving the party to stop.

"Instead, the driver accelerated, hitting Brockman and causing him to land on the hood of the car,” said public information officer Tom Scheben. “Brockman fired four rounds through the windshield. The driver stopped and then backed up a short distance, coming to rest in a ditch on the side of the road."

The driver, 19-year-old Samantha Ramsey, of Covington, was pronounced dead a short time later at a nearby hospital.

She was shot twice in the chest and once in each arm, family members said.

“That's murder!” said friend Gunnar Buemi. “Justice needs to be done about this injustice. We're all sitting here lighting candles, being quiet when the government is out here shooting.”

Deputies said Ramsey accelerated and struck the officer as she tried to drive away, but at least one of three passengers in the car disputed that account.

"The cop was in the wrong," said 20-year-old Chelsey Pendleton. "I was there. I was in the back seat. That was unnecessary force. He had no right to do that."

Pendleton suggested that Ramsey’s “dead weight” caused the car to accelerate after the shooting, not before.

"She stopped for a second and then she kept on moving, that's when the cop jumped on the car and opened fire," said witness Ibrahim Komate. "It just all happened so fast and now her life is gone, over nothing, basically."

Sheriff Michael Helmig placed Brockman, a K-9 deputy who has been with the department since 2010, on paid administrative leave during an investigation into the shooting.

Brockman was treated for a minor leg injury after the incident, and none of Ramsey’s passengers were injured.

Deputies said they would release dashboard camera video and other recordings after reviewing them.