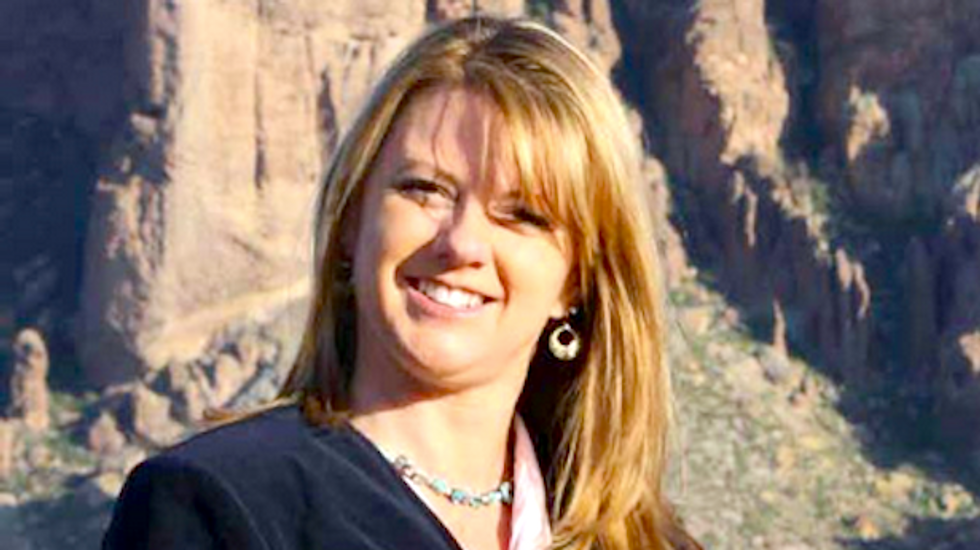 A Tea Party lawmaker from Arizona compared the standoff between federal authorities and a stubborn Nevada rancher to Tiananmen Square.

Arizona state Rep. Kelly Townsend said she was shocked by a video that shows police using a stun gun on Ammon Bundy, one of the rancher’s sons, during an altercation last week.

“Watching that video last night created a visceral reaction in me,” Townsend told the Las Vegas Review-Journal. “It sounds dramatic, but it reminded me of Tiananmen Square. I don’t recognize my country at this point.”

Bundy admitted to climbing onto a dump truck that he believed might contain cattle killed during the roundup of his father’s herd.

The video also shows federal agents shoving the rancher’s sister to the ground during the dispute.

The elder Bundy had stopped paying the fees in 1993 because he disagreed with regulations related to the protected status of the desert tortoise found on federal lands were his family had grazed cattle for generations.

Armed militia members joined Bundy and his family and succeeded in ending the roundup over the weekend, and the seized cattle were returned.

About three dozen Arizona state legislators are sending a letter to federal and Nevada officials about the standoff.

Townsend conceded Bundy "may be wrong as far as the law is concerned," but she said the way the roundup was being conducted was "un-American."

Thorpe, who may join a group of Arizona lawmakers Monday at the protest site, said he was also concerned that the government restricted protesters to “free speech zones” near the closed-off public land.

Watch this video of the incident posted online by GMN Telemedia: