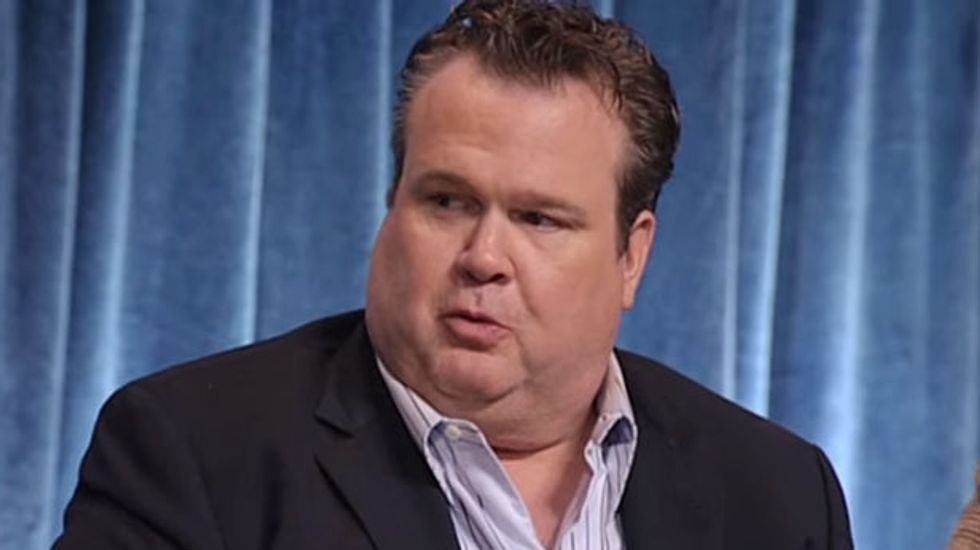 Modern Family, ABC’s sitcom juggernaut, is adept at capturing the zeitgeist without ruffling too many feathers. Unashamedly conservative in its family-sitcom structure, it also excels at moments of quiet radicalism as it pursues its project of redefining (or perhaps simply reflecting) what families in America look like today. Now, with Proposition 8 and the Defense of Marriage Act DOMA defeated, the series is about to cement the public image of a happy gay nuclear family with the wedding of long-term boyfriends, Mitchell and Cameron.

Although the representation of gay and lesbian characters on American screens is becoming increasingly common, it is easy to forget how recently US television was a straights-only domain. In the 1960s and 1970s, homosexuality on television was treated like a social problem, or an exotic disease.

The low point of this sort of programming was CBS’s 1967 hour-long investigation The Homosexuals. It opened with a poll stating that Americans saw homosexuality as “more harmful to society than adultery, abortion or prostitution”, and did little to dispel those fears. While there were also more thoughtful treatments of homosexual characters, such as the ABC TV movie, That Certain Summer, even these tended to portray gayness as a personal misfortune.

Throughout the 1980s, a new pattern emerged. As gay rights groups grew more vocal, television grew braver in depicting gay characters. Shows like Hill Street Blues and LA Law featured gay characters, typically in one-off storylines or “special episodes”. Here homosexuality was still an issue, though it was more likely to be a personal or emotional one rather than the social problem of earlier times.

But notable exceptions like Soap’s Jodie Dallas aside, gay characters tended to have a limited shelf-life. Unwilling to show the development of gay relationships, networks only showed them coming out, and later, struggling with the implications of AIDS. Then they seemed to run out of ideas.

By the 1990s gay and lesbian characters were almost de rigueur on prime-time sitcoms. With the exception of Ellen Morgan – after The Puppy Episode – they were rarely the leads. Though they might well become series regulars, especially when they provided comic relief.

Of course, this was very much a period of change. Ron Becker has argued that gay TV characters in the 1990s became a kind of status symbol for viewers who wanted to showcase their own progressive politics through the culture they consumed. This was also the age of what Becker calls “straight panic”. Male characters like Frasier Crane or Jerry Seinfeld were forced to confront their own ambiguous masculinity in light of the new cultural visibility of homosexuality.

After 2000, gay characters became an increasingly stable and regular part of the American television landscape. No longer just one-episode-wonders, they lived and loved as central characters in shows like Buffy the Vampire Slayer and Brothers and Sisters.

But this was also a time of fragmenting television services and increasingly niche channels, with the result that even if the representations of gay and lesbian characters on shows like Queer as Folk and The L Word were unprecedentedly sustained and multi-layered. However, they were typically only watched by a relatively small audience.

Modern Family remains significant in the history of gay representation on television not because it is especially nuanced (it isn’t), or because it shows us something we’ve never seen before (it doesn’t). It is significant because it is a major network sitcom, and a popular one, even though it presents people whose lives are still anathema to a persistent and vocal minority of the American public.

The show uses two key strategies to avoid making waves, even as it continues to row ahead of the cultural tide. Firstly, it acknowledges and mocks its own use of stereotypes, allowing audiences to laugh either at the characters, with them, or at themselves, depending upon their own level of cultural sensitivity. The characters in Modern Family are never allowed to be smug, or comfortable with whom they are – at least never for long. Like the president’s views on their legal right to marry, they are always evolving. And this allows room for the audience, especially those whose attitude towards gay rights is still floating around in the primordial soup, to evolve along with them.

Modern Family’s other trick is to present social change as a series of faits accomplis. We don’t see Mitchell come out, or fall in love with Cam. Instead, we first meet the couple on their flight back from Vietnam, baby Lilly in their arms. While there might be many in the national audience who would question the suitability of two gay men to be parents, there are very few who could watch these two loving fathers with their daughter and see anything but a beautiful new family.

This non-confrontational approach has allowed Modern Family to enter mainstream American culture with a minimum of political backlash, but the wedding of Mitchell and Cameron signals a new strategy. Secure and powerful in the way that only a sitcom with more than 100 episodes under its belt can be, Modern Family is finally coming out. It’s a sign of how far we’ve come since the 60s that it’s bringing so much of America with it.

Martin Zeller-Jacques does not work for, consult to, own shares in or receive funding from any company or organisation that would benefit from this article, and has no relevant affiliations.