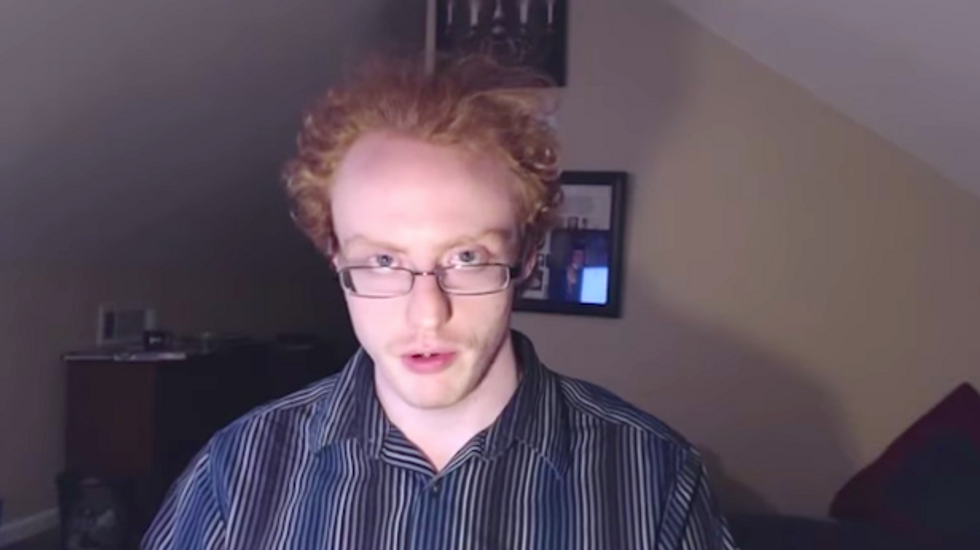 Men’s rights activists are protesting a woman’s copyright claim over her ex-husband’s suicide note by posting its contents online and reading it aloud in online videos.

Chris Mackney took his own life in December 2013, leaving behind a four-page note blaming his suicide on a “broken” family court system that stripped him of his parental rights, identity, and even his job following a contentious divorce.

"I took my own life because I had come to the conclusion that there was nothing I could do or say to end the abuse," Mackney wrote. "Every time I got up off my knees, I would get knocked back down. They were not going to let me be the father I wanted to be to my children. People may think I am a coward for giving up on my children, but I didn’t see how I was going to heal from this."

In spite of that, a judge put his ex-wife, Dina Mackney, in charge of his estate, and another judge issued a court order giving her authority over the men’s right’s activists web postings.

“(Dina Mackney) shall have the legal authority to take any reasonable action necessary to access, remove and destroy any web postings, to require that websites be taken down and/or otherwise dispose of intangible property including but not limited to information that the deceased has posted online on any website or social media account,” the judge ruled.

The judge included a lengthy list of domain names, including a variety of blogs that discussed Chris Mackney’s case – as well as Google, Facebook, Reddit, and Wikipedia.

The judge’s order covered any online activity in the 45-year-old’s lifetime.

The letters claim the postings violate copyright law, and the attorney also argues the posts are defamatory and violate the privacy of Dina Mackney and the couple’s two children.

Paul Elam, who operates the Voice for Men website, said the note was posted months ago in the site’s online forum, and he considered doing a feature on it but could not verify its claims.

But he said the cease-and-desist letter resolved those issues to his satisfaction, and he reposted an excerpt from the suicide note in story posted on the site’s front page.

“We reject the notion that our publication is in violation of copyright laws, and that the suicide note is not covered by fair use statutes,” Elam wrote. “We also believe, given the horrific state of our family courts, it is in the compelling public interest that his final words be published and disseminated as robustly as possible.”

An attorney offered to help A Voice for Men respond to the cease-and-desist letter, and the site posted it online Thursday.

Attorney Mark Randazza argued that Chris Mackney intended for his suicide note to be published, and he argued that this license could not be revoked after the fact – particularly by someone who was the copyright holder at the time it was first published.

“She is attempting to take the dying words of this man as her own property, despite no intention by him to grant her any such right,” Randazza argued. “Then, she is attempting to use that right in order to erase his expression from any further public existence.”

The attorney said he and Elam deployed their “compassion sensors” to consider the effects of this case on Dina Mackney and her children, but they argued keeping the material online served a greater good -- and noted that the note would likely have remained obscure if she hadn't claimed copyright ownership.

“His children have an interest in maintaining that their father not be wiped from the slate of existence, simply because their mother was creative enough to attempt to use intellectual property law to smother his voice after his death,” Randazza wrote.

Watch this video about the case posted online by Victor Zen: