AZ residents at chemtrail hearing: 'We're being sprayed like we're bugs and it's really not okay' 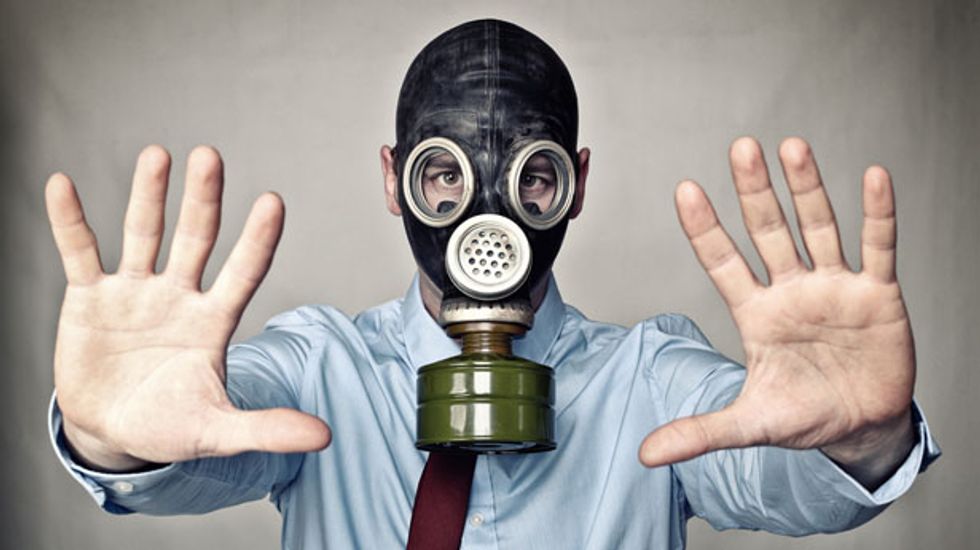 Citing a belief that the U.S. government is filling the sky over their desert community with chemicals, while referring to work of conspiracy theorist Russell Blaylock, western Arizona residents attended a hearing on chemtrails on Wednesday to voice their concerns.

With one woman stating, "We're being sprayed like bugs and it's really not okay," Sherrie Zendri, a policy specialist with the Arizona state environmental agency attempted to explain to the audience that her department has no jurisdiction over airplanes, which falls under the purview of the Federal Aviation Administration.

The hearing, called by State Sen. Kelli Ward, was billed as an opportunity for her constituents to air their concerns about chemtrails; believed by some to be chemical agents being sprayed into the atmosphere by aircraft for nefarious purposes.

Telling the audience "I am not here to debate the science of aircraft engine emissions. I am not a scientist," Zendri explained that she was at the meeting to explain her department's jurisdiction limits and to make recommendations where citizens could go to have their concerns addressed.

While a few attendees asked questions about the range and scope of Zendri's department's abilities, most speakers took the opportunity to make statements and present research they uncovered while searching the Internet, while others attempted to get Zendri to go on the record with her personal opinion.

Watch the hearing in entirety below:

[businessman with gas mask on Shutterstock]