Cliven Bundy owes more fees to feds than all other U.S. ranchers -- combined 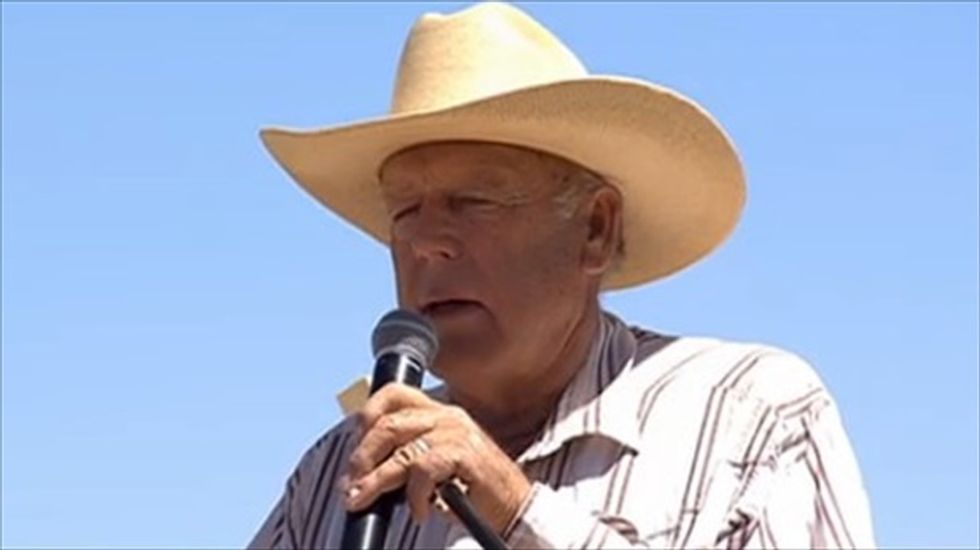 Scofflaw rancher Cliven Bundy owes more money to the federal government than all other ranchers combined, according to the Bureau of Land Management.

Bundy, on the other hand, owes the federal agency more than $1 million in past grazing fees dating back to 1993 and trespassing fees he started accruing in 1998.

The Nevada rancher became involved in a high-profile showdown with the federal government in April after BLM agents began rounding up his cattle from federal lands.

Armed supporters gathered near Bundy's ranch as conservative lawmakers and media personalities promoted his case, and federal agents returned the cattle rather than risk a possibly violent confrontation.

Bundy claims his family has been grazing cattle on land near Bunkerville, Nevada, for more than 130 years, which, he argues, pre-empts federal claims to the land.

The rancher’s arguments are at odds with the Nevada constitution and numerous court rulings.

He has cited various claims popular in far-right circles, including the posse comitatus claim that local authority trumps federal authority, to back his arguments.

But Clark County property records show Bundy’s parents bought the 160-acre ranch where he still lives in 1948, two years after he was born in Bundyville, Arizona.

Water rights were also transferred to the ranch itself, but not the federally managed land surrounding it, and court records show the Bundy family began grazing cattle on that land in 1954, when Cliven was 8 years old.

U.S. District Judge Johnnie Rawlinson noted that date in his 1998 ruling, which held that Bundy would not be permitted to continue using the federal land because he had failed to pay required fees to the BLM.

The BLM began levying trespassing fines against Bundy after that point, and it’s not clear how much of the $1 million he owes the federal government comes from delinquent grazing fees or trespassing penalties.

Less than 1 percent of all other ranchers who graze on federally owned land have fees that are more than two months past due, the BLM said.

Ranchers are required to pay $1.35 per month for each cow and calf on BLM or Forest Service lands – which is far below what private owners or states charge for grazing rights.