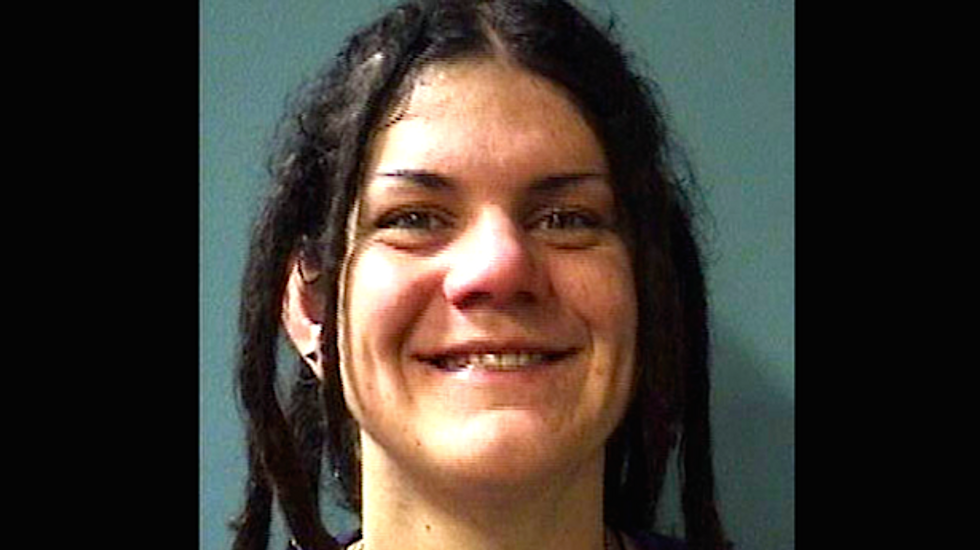 Authorities have arrested “Hitler” in connection with a stabbing at a hippie gathering in Utah.

Leilani Novak-Garcia, who goes by the name of the Nazi dictator, was taken into custody Monday night on attempted murder charges.

Witnesses said the 32-year-old Novak-Garcia had been honking her car horn for about a half hour when the victim approached her and asked her to stop, but police said “she didn’t want to.”

The victim then tried to remove fuses from under the hood of her car to disable the horn, but officers said Novak-Garcia stabbed him in the head and shoulder.

Forest rangers said they heard someone yell, “I’ll f*cking kill you,” before finding the victim bleeding from knife wounds, and he remains hospitalized with serious injuries.

The Rainbow Family of Living Light draws about 20,000 participants to its annual gathering, held this year at the Uinta National Forest, where some participants might linger until August.

The gathering allows hippies, bohemians, and other like-minded people to meet up and share their ideals, according to websites associated with the group.

Heber City police said on their Facebook page that many members of the Rainbow Family are “upstanding citizens,” but they said some participants “caused significant and detrimental impacts on nearby communities.”

About 650 people have already arrived at this year’s gathering.