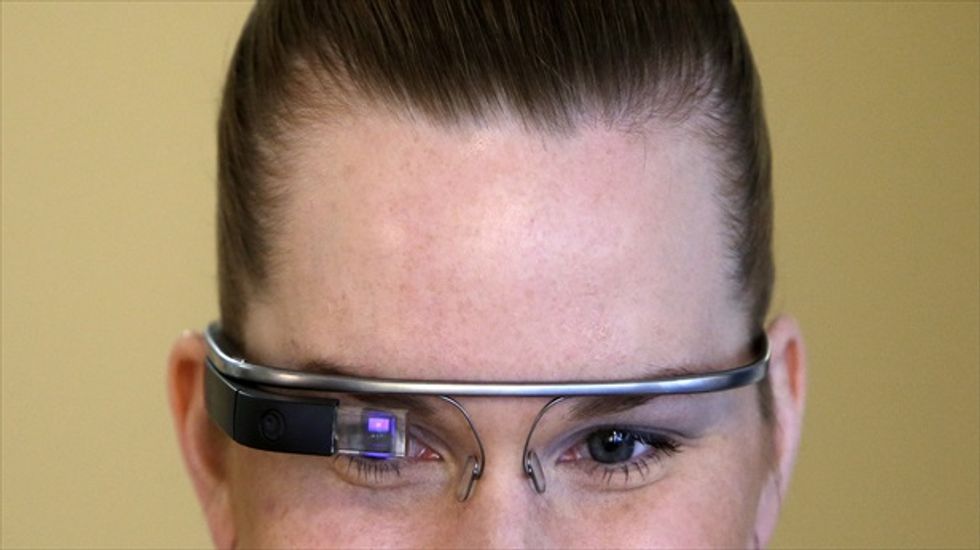 SAN FRANCISCO (Reuters) - Google Inc's futuristic eyeglasses are finding their way into hospitals and clinics throughout the United States.

To meet the growing demand for Google Glass from physicians, Drchrono, a Mountain View, Calif., based electronic medical record company has developed a new application for the device it claims is the first "wearable health record."

Doctors who register for the Drchrono app for Glass can use it to record a consultation or surgery with the patient's permission. Videos, photos and notes are stored in the patient's electronic medical record or in Box, a cloud-based storage and collaboration service and can be shared with the patient on request.

Dr. Bill J. Metaxas, a podiatrist based in San Francisco, warned fellow physicians to take precautions before using Glass, such as obtaining patient consent and "locking down security settings." He also said Glass is no more or less secure than tablet devices such as the iPad, which are routinely used in clinical practices.

Metaxas, who uses Glass in the operating room and in patient consultations, said 99 percent of his patients agree to the gadget, but it is still early days and most of his fellow physicians have yet to adopt the technology. It is primarily used by the "bleeding edge" minority, he added.

Still, Box spokeswoman and former Google Health employee Missy Krasner said she is aware of at least 20 venture-backed startups catering to this niche of physicians. The majority of these Glass apps, including Augmedix and Pristine, are complying with federal regulation that protects privacy, known as HIPAA.

To develop the service, Drchrono worked closely with Box, one of its early investors, and the Google Glass team.

Google Glass was intended for the consumer mass market, but it has been criticized by some for its geeky appearance. But many industry professionals immediately saw value in the hands-free gadget.

The Glass team hosted an event last month at its San Francisco offices for care providers, hospitals administrators and medical-tech entrepreneurs to discuss how to bring these wearable computers into practices.

"Google is still in the early-stages of determining the most viable use-cases for Google Glass," said Drchrono co-founder Daniel Kivatinos. "But some doctors are demanding Glass, so Google is providing resources and support to developers."

Drchrono claims to have 60,000 registered physicians using its electronic medical record for doctors and patients. More than 300 of these physicians have already opted to use the app, Kivatinos said. The app is currently available for free, but the company may charge a fee in the near future.

[Image: A woman wears Google glasses after a media presentation of a Google apartment in Prague May 15, 2014. By David W Cerny for Reuters]