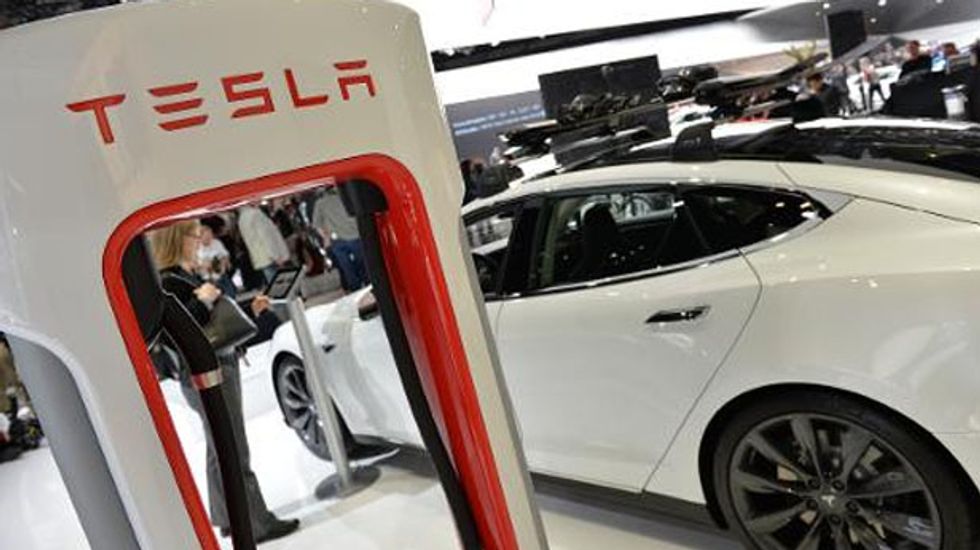 Electric carmaker Tesla announced Thursday it was giving up its patents to "the open source movement" to help spur electric vehicle technology.

The unusual move comes with Tesla enjoying huge success, but against a backdrop of multiplying legal squabbles among technology firms over patents.

"All our patents belong to you," Tesla chief executive Elon Musk said in a blog post.

"Yesterday, there was a wall of Tesla patents in the lobby of our Palo Alto headquarters. That is no longer the case. They have been removed, in the spirit of the open source movement, for the advancement of electric vehicle technology."

Musk, an entrepreneur who made a fortune with the PayPal online payment service and also heads the space travel firm Space X, said he does not want patents to halt growth of an important environmental technology.

"We believe that Tesla, other companies making electric cars, and the world would all benefit from a common, rapidly-evolving technology platform," he wrote.

He said when Tesla was launched, "we felt compelled to create patents out of concern that the big car companies would copy our technology and then use their massive manufacturing, sales and marketing power to overwhelm Tesla."

But he said this turned out not to be the case.

"We couldn't have been more wrong," he said.

"The unfortunate reality is the opposite: electric car programs (or programs for any vehicle that doesn’t burn hydrocarbons) at the major manufacturers are small to non-existent, constituting an average of far less than one percent of their total vehicle sales."

Tesla earlier this year unveiled plans for a so-called "Gigafactory" for advanced electric car batteries as part of a plan to move from niche manufacturer to mass market carmaker.

The company says it hopes to bring the cost of production down and produce 500,000 cars a year.

Shares in Tesla dipped 0.2 percent to $204.05 in midday trade. The company's market value is above $25 billion, a figure which suggests investors expect huge growth from the California firm.