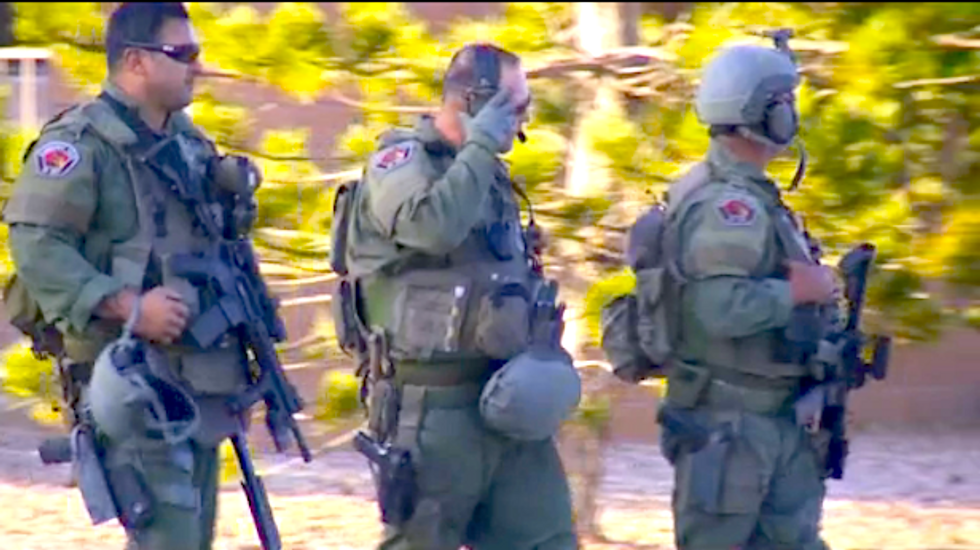 The Albuquerque Police Department, which has drawn criticism for its use of excessive force, plans to supply officers with hundreds of military-style weapons.

The department awarded a bid to a local vendor to purchase 350 AR-15 rifles over two years, reported KOB-TV, with the option of buying quantities of 50 thereafter, as needed.

The rifles cost about $1,000 each and will be purchased with taxpayer funds.

Civil liberties groups have warned in recent months about the growing militarization of U.S. police departments, which have been buying surplus military equipment for civilian purposes.

Although the AR-15 is the civilian version of the military-grade M16 rifle, “you're asking for trouble, in my opinion," said Peter Simonson, executive director of the ACLU of New Mexico.

A U.S. Department of Justice report cited Albuquerque police in April for engaging in a “pattern and practice” of using excessive force, and Police Chief Gorden Eden told officers the following month they could no longer carry their personal weapons – including AR-15s – in the field.

"I think it sends a contradictory message to the public, and I think it should raise concerns about how seriously they're actually taking the DOJ reforms," Simonson said.

A spokeswoman for the police chief said the weapons were “ordered as replacements for officers' authorized personally-owned rifles” and did “not represent an increase in the number of rifles carried by APD officers.”

“The replacement rifles are the standard type of rifle used commonly by police departments throughout the United States and may be purchased by any person at a commercial retailer,” said spokeswoman Janet Blair.

The president of the Albuquerque police union disagreed that the weapons would militarize the department.

Union President Stephanie Lopez said about 320 Albuquerque police officers had paid for their own training to shoot rifles and requested the department pay to buy the guns after they were told to leave their own at home.

"That training shouldn't go to waste,” Lopez said. “There is a need to have these weapons on the street and within the department.”

The union president cited the October shooting rampage led by suspect Christopher Chase, who was dressed in body armor and targeted officers during a lengthy pursuit through the city.

Chase was shot to death buy officers with weapons similar to AR-15s, she said, adding that standard-issue handguns and shotguns would not have been effective.