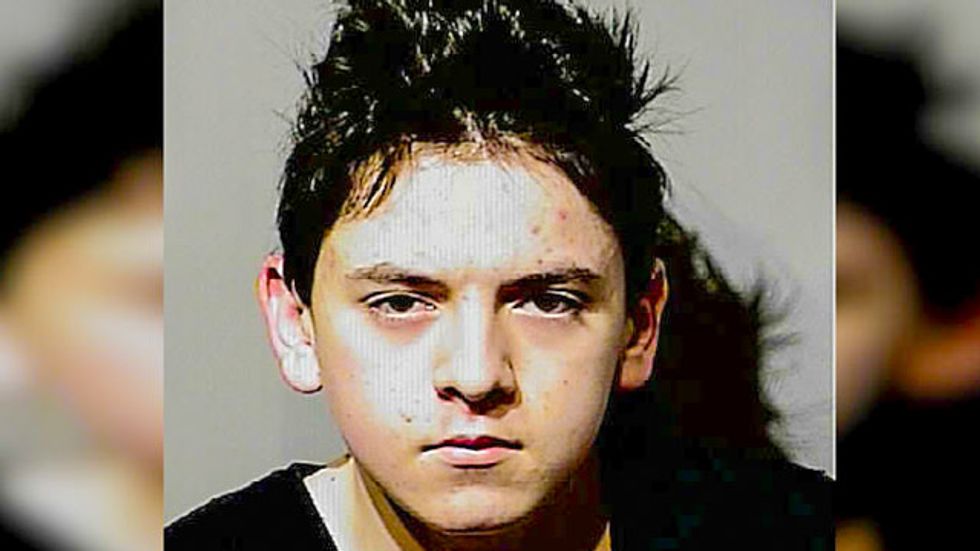 An Idaho teen accused of brutally murdering his father and disabled younger brother has been held for more than 70 days in solitary confinement while he awaits trial.

Police said 14-year-old Eldon Gale Samuel III confessed to shooting his father, 46-year-old Eldon Samuel Jr., after he beat him and ordered him out of the family home.

The teen then told investigators he pointed the shotgun at his 13-year-old brother, Jonathan, who was hiding under a bed and then hacked him to death with a machete and knife, court records show.

Police said the teen admitted to hating his brother, who he said was autistic, and had tortured animals when he was younger.

"Eldon reiterated that he did not care about, or feel bad about, killing his brother," court records show.

He pleaded not guilty Monday at his arraignment, as his attorney and the ACLU of Idaho fight to have the teen returned to a juvenile facility to await trial.

The teen was held in solitary confinement shortly after his March arrest, reported the Los Angeles Times, because state and federal law requires juveniles to be separated from adult inmate for their own safety.

His attorney said Samuel spent about six weeks without incident at a juvenile facility before he was returned July 2 to prison, where he remains held 9-by-12-foot medical holding cell at the Kootenai County jail, because the judge assigned to the case feared he might harm others.

“Since he’s been in solitary, I have seen his physical and emotional and mental state all deteriorate," Adams added.

The ACLU has campaigned against solitary confinement for juveniles, citing evidence that the practice was psychologically harmful.

The Idaho chapter of the civil rights group filed an amicus brief Friday, arguing that Samuel was being held “under conditions like those we hold terrorists and enemy combatants” at Guantanamo Bay, Cuba.

Samuel is the only juvenile inmate housed at the jail, and state and federal laws forbid him from having any contact with adult inmates or even hearing them speak.

The jail must be placed on lockdown when the teen meets with his attorney, and he must shout to get the attention of guards.

"We're limited where we can house him," said Capt. Andy Deak, custody division commander for the Kootenai County Sheriff's Office. "I can’t put him next door to a bunch of men who are going to be yelling at him all night. The jail's a dark place sometimes, and inmates yell at each other to instigate them."

Deak said solitary confinement was the best option under the law and current conditions.

"We have had children who have done similar things in our community who have been held here for longer periods of time, if I’m not mistaken," Deak said. "I know that there’s been at least one. But we don’t have these every day."