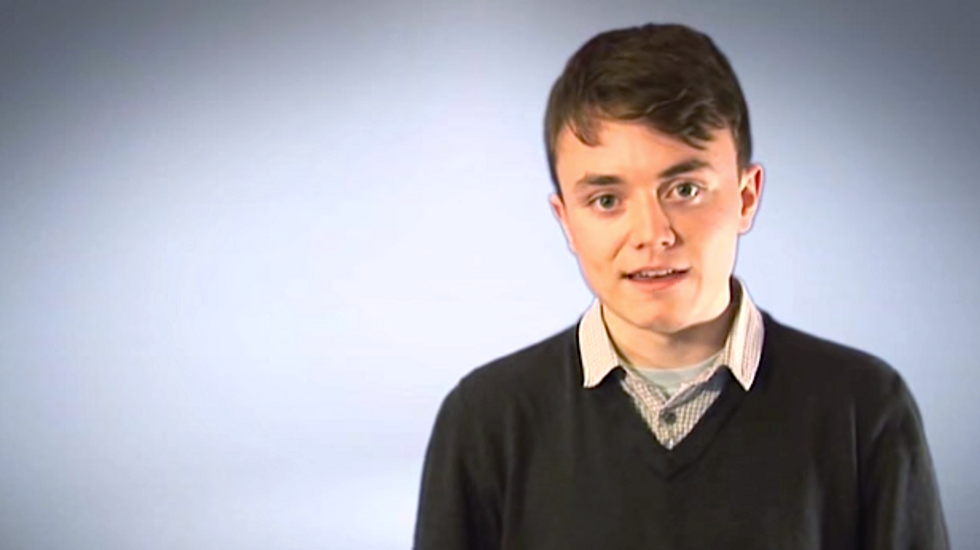 The youth leader of a far-right British political party threatened his dog on Facebook over the animal’s homosexual behavior.

“I wish my dog would stop licking the penises of other male dogs,” said Jack Andrew Renshaw, the leader of BNP Youth.

The Manchester University student took part in May in a controversial British National Party recruitment video called “Fight Back,” which warned against “attempts to eradicate the British culture and British identity through the forced assimilation of different cultures and different peoples.”

Renshaw’s Facebook page is mostly private, but his recent activity includes a plea to “never forget” the 2013 slaying of British Army soldier Lee Rigby by a pair of Islamic converts and a link to a “White Voice” article claiming Russian scientists had “cured” homosexuality.

The British National Party was founded in 1982 and calls for the "voluntary resettlement whereby immigrants and their descendants are afforded the opportunity to return to their lands of ethnic origin."

Watch the "Fight Back" video posted online by bnptv: