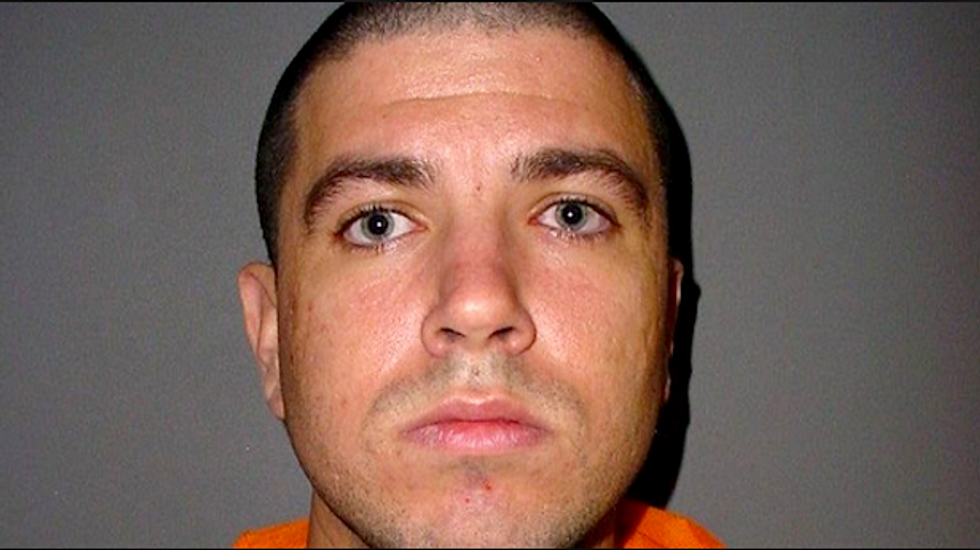 A court ruling on Kentucky’s “stand your ground” law sent a man back to prison for a fatal stabbing outside a strip club.

Brian Lemons pleaded guilty to second-degree manslaughter and second-degree assault in the 2008 stabbing death of Cory Kessnick, and he was sentenced to 14 years in prison.

Lemons admitted to stabbing Kessnick twice in the back during a 2:30 a.m. brawl outside the Brass Ass strip club in Newport, but he claims he had no other choice to defend himself and his friends.

An appeals court ruled in 2012 that Lemons had acted lawfully within Kentucky’s “stand your ground” statute.

"Under the law, if you are attacked in a place where you have the right to be, you have no duty to retreat, but may stand your ground and meet force with force, including deadly force,” said Sarah Welling, a University of Kentucky law professor.

The lone dissenter in the appeal argued that Kentucky's law on self defense needed clarification and urged the state Supreme Court to take up the case.

"Lemons was not defending his 'castle' but was a participant in a 'brawl' outside a night club," wrote appeals Judge Kelly Thompson. "Lemons had no defensive stab wounds and only Lemons's version of the facts supported his defense theory."

The Supreme Court reversed the ruling last month, finding that the appeals court had "applied the incorrect standard of review" in the case.

Lemons reported July 3 to the Campbell County Jail to complete his sentence, the Kentucky Enquirer reported.

The Supreme Court avoided the law of self-defense in the Lemons ruling, but three justices agreed in a September opinion that the “stand your ground” law could be confusing.

In that ruling, the Supreme Court reversed an appeals court ruling and found a reckless homicide charge proper for a woman who was indicted for murder in the shooting death of her husband.

A jury had acquitted Janice Hasch of the murder charge but found her guilty of the lesser offense of reckless homicide.

An appeals court reversed the conviction, but the Supreme Court ruled that the law had been properly applied.

"Because no one wants to be the one to say it, we have come to a point in our criminal jurisprudence where people innocent of murder are being convicted, yet guilty persons are getting lesser sentences," the justices ruled in the Hasch case.

"Our juries are guessing at the proper results, or more often, convicting of a lesser included offense, sometimes rightly – sometimes wrongfully – simply as a compromise to confusion," the court found.