Asking if men can be feminists is a pointless distraction 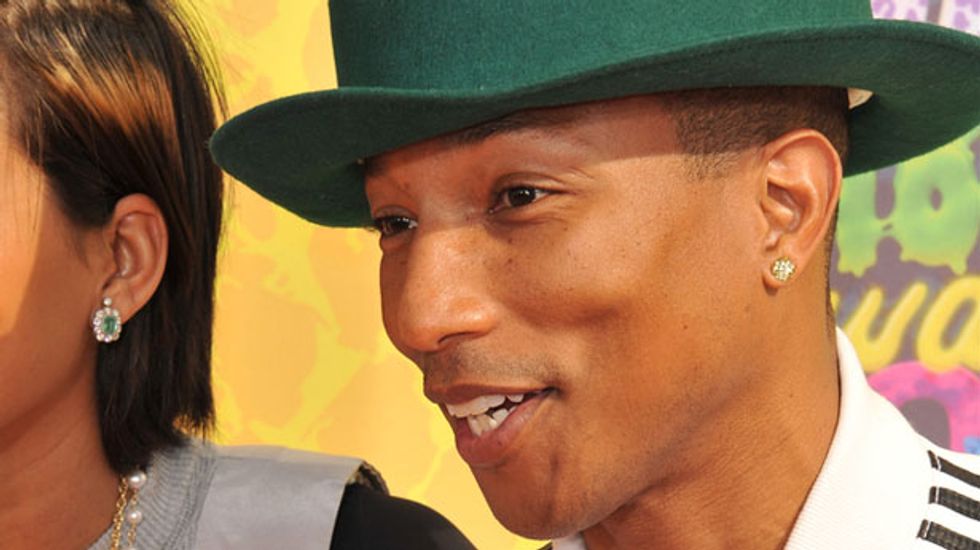 By Jonathan Dean, University of Leeds

Can men be feminists? As a man who spends a substantial portion of my professional and personal life teaching, researching and thinking about feminism, this is a question I come up against frequently. And it seems I’m not alone: a recent Ipsos poll across 15 “developed” countries found almost as many men as women support feminism, while a quick Google throws up around 50,000 hits for this flashpoint question.

The question plays a big role in debates about men’s relationship with feminism and gender equality at large. This should come as no surprise; recent years have seen a welcome revitalisation of feminist activism and writing, much of it in direct response to persistent (and in some cases resurgent) forms of sexism.

What’s more, a substantial number of men are getting directly involved in this activism; even celebrities such as Pharrell Williams, Professor Green and John Legend have openly tried to grapple with the conundrum of men and feminism. It seems that many are thinking through the different ways men can productively engage with the struggle for greater gender equality.

Unfortunately, however, the question of whether men “can be feminists” is not always a helpful place to start.

Some of the reasons why should be obvious. The question reduces men’s relationship with feminism to a concern with labels and self-identity, and presupposes that we can just answer the question with a straightforward yes or no.

This seems simple enough, but its effect is potentially divisive. If the answer is no, then we risk relieving men of any responsibility to engage with the feminism. This might lead to struggles against sexism being belittled as “women’s work”, reinforcing a division of political labour and confining its remit to half the population.

But if we say yes, we risk ushering in a wave of self-proclaimed male feminists who might talk the talk, but fail to actually do anything to contribute to the advancement of gender equality in their everyday lives (this brings to mind the retro cartoon postcard in which a stern moustached man snaps “look kitten, I don’t give a damn what you think, if I say I’m a feminist then by god I am one!”).

Given this false choice, why is it that “can men be feminists?” is so often the starting point for discussions of men and feminism? The answer has to do with widespread stereotypes of feminism itself.

Giving in to stereotype

In mainstream media, asking whether men can be feminists is typically a roundabout way of asking whether feminism can be defined in a way that “accommodates” men. The question poses a sort of logic puzzle which aims to resolve whether or not the very idea of feminism rules out the possibility of a “feminist man”.

Asking if men can be feminists is therefore often a covert way to ask what feminism even “is”. It’s another example of a familiar media cliché: trying to “figure out” feminism by asking whether certain things – waxing, listening to Miley Cyrus, consuming pornography, being a man – can “count” as legitimately feminist, or whether they exclude men from being feminists altogether.

Even if he’s … feminist?

These questions reduce feminism to a lifestyle choice, framing it as lightweight and frivolous. Even worse, they presuppose the existence of some feminist authority figure, neurotically policing the boundaries of what’s acceptable for feminists to say and do.

Indeed, feminist academics are themselves frequently called upon to assume this role, asked endlessly to pronounce on whether one can be a feminist and vajazzle/wear lipstick/go to a lap-dancing club – all standard journalistic enquiries directed at feminist scholars.

Asking if men can be feminist is often just another way to frame feminism as something too puritanical and alienating for ordinary men and women. It subtly taps into the prevailing stereotype of feminism, the pop-culture caricature of gender campaigners as terminally humourless pedants.

To pose the men-as-feminists question in the first place risks feeding these pernicious misrepresentations of what feminism is and does. Clearly, we need another way to generate discussion about men’s role in the struggle for gender justice.

It has been suggested we could start by working to show men that it’s in their own interests to participate in the struggle for gender equality. As sociologist Scott Coltrane has pointed out in his work on gender, family and parenting, men in more gender-equal families live longer, are healthier, have more rewarding relationships and have better sex.

The obvious pitfall of this tactic is that it suggests men can reasonably give up any involvement with feminism once it no longer furthers their self-interest.

Another option – frequently floated in the mainstream media – is that feminism needs to “rebrand” to present itself as more docile and less alienating to men. But surely the onus should be on men to engage with feminism, rather than on feminism to be appear less threatening.

This presents feminism as an ideal, an aspiration, not as an identity to be donned like an eye-catching hat. Posing the question in this way would suggest that yes, men can be feminist, but it acknowledges that being feminist or feminist-allied is (and should be) difficult and challenging. For men, after all, it means taking a serious look at how we benefit from the persistence of gender inequality – and thinking about how we can meaningfully help to change that order in the course of our day-to-day lives.

In a world where women remain systematically disadvantaged in media, politics and public life, and in which violence and harassment are daily realities, it should be obvious that we need to expand the discussion of the role men can play in the struggle for gender equality.

But to do so, we need more a nuanced vision of the different ways men might productively engage with feminism. And that means moving on from the preoccupation with whether or not men can “be” feminists in the first place.

Jonathan Dean does not work for, consult to, own shares in or receive funding from any company or organisation that would benefit from this article, and has no relevant affiliations.