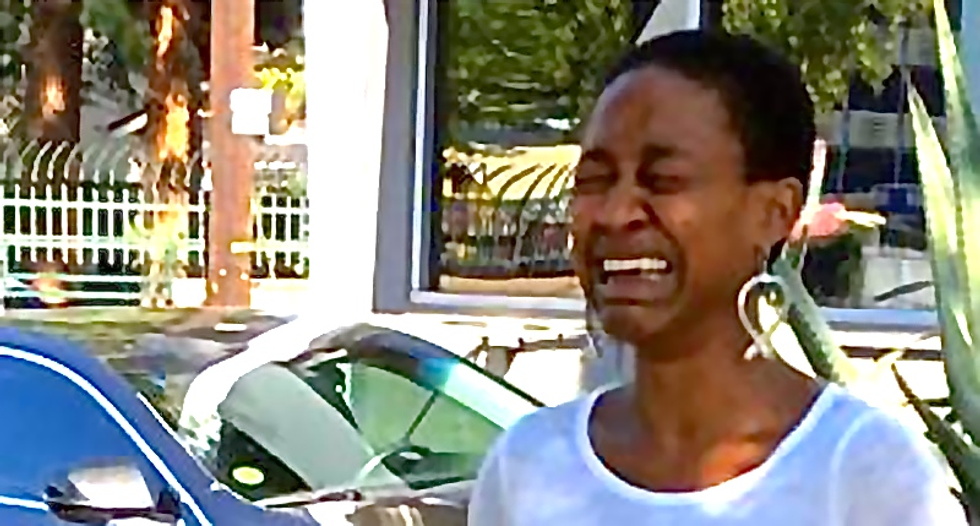 An African-American actress and her white boyfriend have accused two Studio City policemen of detaining her after watching her make out with him, believing she was a prostitute with a client.

Danièle Watts, star of Quentin Tarantino's Django Unchained, wrote on her Facebook page that she was handcuffed and thrown into the back of a police cruiser after failing to provide the officers with ID, according to The YBF.

In her posting, Watts wrote, "Today I was handcuffed and detained by 2 police officers from the Studio City Police Department after refusing to agree that I had done something wrong by showing affection, fully clothed, in a public place. When the officer arrived, I was standing on the sidewalk by a tree. I was talking to my father on my cell phone. I knew that I had done nothing wrong, that I wasn’t harming anyone, so I walked away. A few minutes later, I was still talking to my dad when 2 different police officers accosted me and forced me into handcuffs."

According to Watts, she refused to show officers ID  -- saying she had done nothing wrong -- before being placed, crying, in the back of a police cruiser only to  eventually be released.

Writing on his own Facebook page, her boyfriend, Chef Brian James Lucas elaborated,  "Today, Daniele Watts & I were accosted by police officers after showing our affection publicly. From the questions that he asked me as D was already on her phone with her dad, I could tell that whoever called on us (including the officers), saw a tatted RAWKer white boy and a hot bootie shorted black girl and thought we were a HO (prostitute) & a TRICK (client)."

Lucas also included a photo  of an injury to Watts' arm the result of being roughly cuffed by the officer.

Watts, who also appeared on Showtime's Weeds and will be seen in Partners with Martin Lawrence and Kelsey Grammer on FX, said she sat in the back of the cruiser remembering when her father had been harassed due to his skin color.

"I remembered the countless times my father came home frustrated or humiliated by the cops when he had done nothing wrong, " she wrote. " I felt his shame, his anger, and my own feelings of frustration for existing in a world where I have allowed myself to believe that “authority figures” could control my BEING… my ability to BE!!!!!!!"

According to Lucas, who believes that they were singled out because they are a mixed-race couple,  they have been in contact with 3 lawyers, the ACLU, and the NAACP.