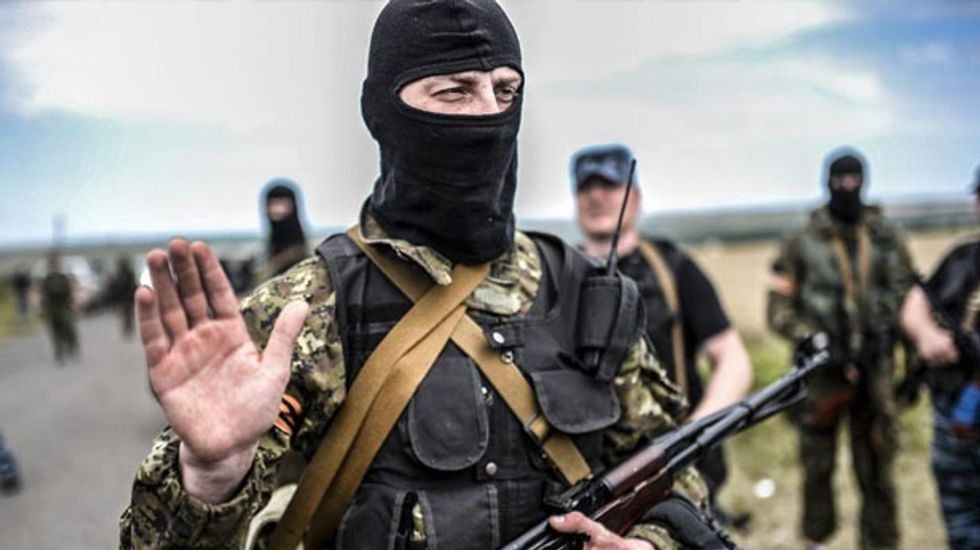 Nato is to create a 4,000-strong "spearhead" high-readiness force that can be deployed rapidly in eastern Europe and the Baltic states to help protect member nations against potential Russian aggression, according to Nato officials.

Leaders from the 28 Nato countries are expected to approve the plan at the alliance's summit in Wales when the Ukraine crisis tops the agenda on Friday.

The Nato secretary-general, Anders Fogh Rasmussen, said the force, drawn on rotational basis from Nato allies, could be in action at "very, very short notice".

Rasmussen described it as a mixture of regular troops and special forces that could "travel light but strike hard". It would be supported by air and naval forces as needed.

He declined to say how many troops would be engaged but Nato officials said it would number around 4,000 and would be expected to deploy to any alliance member country within 48 hours..

"It is so that we are ready should something nasty happen," a senior Nato official said.

Russia is likely to view the creation of the high-readiness force as an aggressive move.

Nato has struggled to find a response to Russia since the Ukraine crisis began in February, beyond increased military exercises in the Baltic states.

One of the biggest criticisms of Nato's response to Russian actions has been its lack of speed and flexibility.

The spearhead force does not help with the immediate crisis in Ukraine, which is facing Russian incursions in the east and south of the country. But the force might have a deterrent effect if Russia was considering destabilising the Baltic states.

Since the annexation of the Crimean peninsula by Russia in March, Poland and other east European and Baltic state members of Nato have demanded the alliance take a more active and high-profile role in their defence.

Other allies, however, have been wary of doing anything that might endanger a 1997 agreement with Moscow under which Nato pledged not to base substantial numbers of soldiers in eastern Europe on a permanent basis.

Officials said that troops would be constantly rotated, in order not to violate the 1997 agreement. However, the constant rotation will in effect mean Nato will have a permanent presence in the Baltic states.

Airfields and seaports in the region could also be upgraded to permit their use by the force, Rasmussen said.

Officials said the creation of the force, formally named the high-readiness joint task force, had been triggered by the Ukrainian crisis and military planners have been working on it since. "Elements of the force should be in place by Christmas," an official said.

Rasmussen said: "These crises can erupt with little warning, move at great speed and they all affect our security in different ways."

The spearhead group is part of an overall Nato plan that "responds to Russia's aggressive behaviour but it equips the alliance to respond to all security challenges wherever they may arrive".

There is already a Nato response force in place. "We will now significantly enhance the responsiveness of our Nato response force. We will develop what I would call a spearhead within our response force – a very high readiness force able to deploy at very short notice. This spearhead would be provided by allies in rotation, and could include several thousand troops, ready to respond where needed with air, sea and special forces support," Rasmussen said.

"This will require reception facilities on Nato territory and pre-positioned equipment and supplies, command and control and logistics experts. So this force can travel light, but strike hard if needed.

"We will also look at possible upgrades to national infrastructure. That could include airfields and ports to support reinforcements, if the need arises. And we will improve our early warning through an upgrade of our intelligence gathering and sharing."

One of the biggest challenges Russia's actions have posed is that Nato is designed for conventional warfare but much of the action in Ukraine has been covert and deniable. The spearhead group will be trained to deal with unconventional actions, from the funding of separatist groups to the use of social media, intimidation and black propaganda.

A Nato spokeswoman said the spearhead force is completely separate from a 10,000-strong British-led joint expeditionary force that is also being proposed. The spearhead group is a purely Nato concept whereas the British expeditionary force, which would be made up of troops from seven nations, could operate with the European Union and other multilateral organisations. The British plan would also have a wider remit, engaged in peacekeeping as well as crisis management.

But a lot of crossover is inevitable as only half-a-dozen of the 28 member Nato countries have the capability to contribute significant military forces. British forces would almost certainly take part in the spearhead group.

The summit will see calls led by US for increased defence spending to confront the Russian threat.

The two-day summit in Newport begins on Thursday, with the first day dominated by plans for Afghanistan after combat troops withdraw at the end of the year.