WATCH: Memphis cops tip over porta-potty to flush out suspect hiding inside 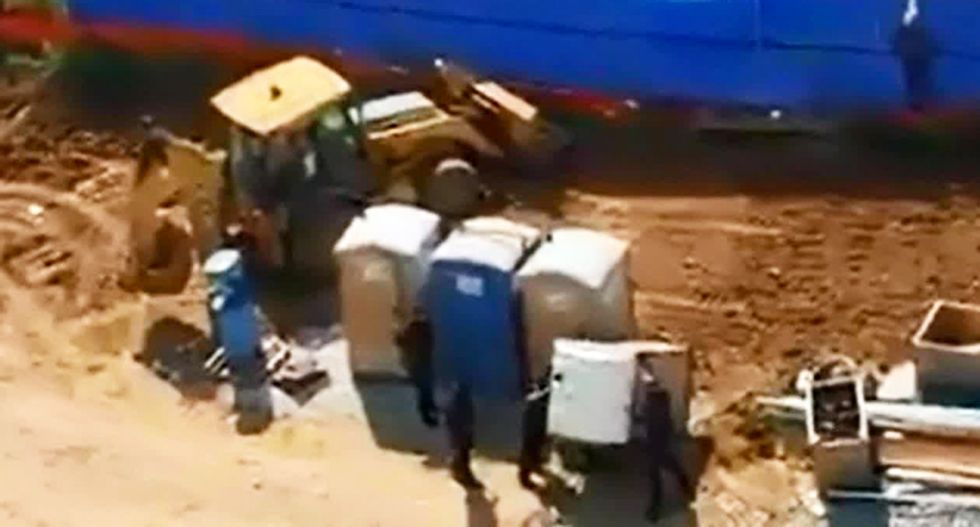 Four Memphis police officers have been put on administrative leave after they tipped over a portable bathroom containing a suspect they were chasing.

The suspect, Jo Hampton, admits that he was running from the police when he took refuge in the portajohn at a construction site, but said the officers didn't need to tip it over with him in it, reports KVVU.

"I could hear them when they pulled up, so I knew that they were behind the porta-potty," Hampton said. "I heard them say on three. Three. And it went over."

Hampton claimed that he had been visiting a friend at an apartment complex where, according to police, he had been banned from entering the property. When police attempted to stop him for trespassing, he ran before hiding in the nearby portajohn to catch his breath.

"Yes sir, I regret running because I tired myself out. I smoke cigarettes, but besides that, I made them work for it," Hampton said.

Hampton added that he didn't have a gun and had no outstanding warrants, but wanted a moment to call his girlfriend and tell her he would probably be going to jail.

In cell phone video of the tipping taken by a construction worker at the site, officers can be seen checking the stalls before tipping the one containing Hampton over. As Hampton climbed out, one officer kicked him in the buttocks before he was handcuffed.

According to Hampton, "Luckily I didn't get any of the blue water or septic water on me."

All four officers have been put on administrative leave while the incident is being investigated, but Hampton would like to see them reprimanded.

"Excessive force was used, very much so," Hampton said. "I believe they tried to humiliate me, because they knew that water and feces and pee was in there. I believe they did that on purpose."

Hampton added that his back was hurt during the tipping and arrest.

Watch the video below uploaded to YouTube by ApkantHD: