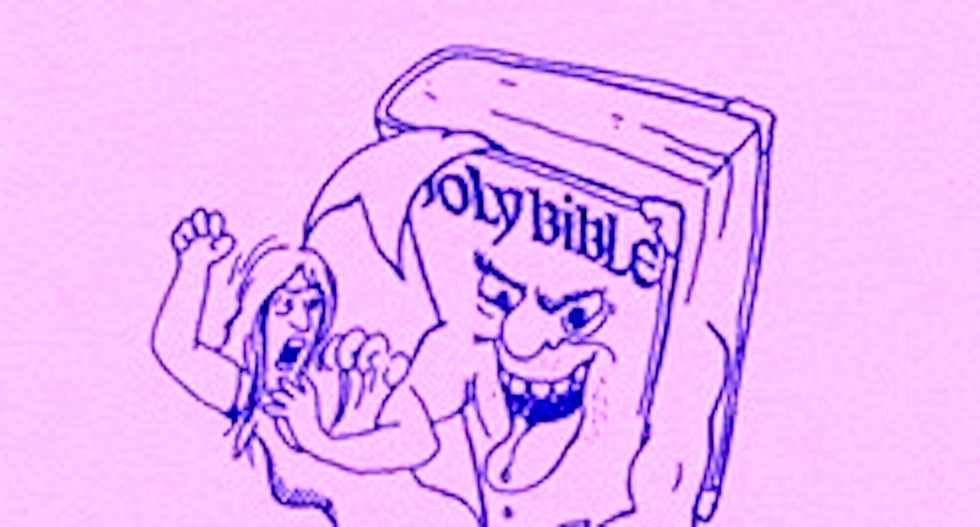 The Freedom From Religion Foundation (FFRF) intends to hand out the pamphlets, titled “An X-Rated Book: Sex and Obscenity in the Bible," to protest the decision by Orange County Public Schools (OCPS) to allow outside religious groups to take part in National Religious Freedom Day, reported The Christian Science Monitor.

The groups will be allowed to passively distribute Bibles and other approved literature to students during the Jan. 16 event – which previously drew a protest by the Satanic Temple.

“I think if you look at the content of that brochure and what is actually in the Bible, and some of the things that are in the Bible in terms of sex and compare that to the cover [of the pamphlet], the cover is pretty tame compared to anything that is in the Bible,” said Andrew Seidel, an attorney for FFRF.

The pamphlet highlights biblical passages about sex, nudity, and circumcision that FFRF considers “obscene,” and its cover depicts a Bible with a human face, arms, and legs reaching under the dress of a woman who is screaming and attempting to escape.

The atheist group also intends to pass out previously banned pamphlets about abortion and other topics that school officials say show “God is hateful, arrogant, sexist and cruel."

The group also plans to distribute copies of “Jesus Is Dead,” by Robert Price, which school officials previously prohibited as not age appropriate for high school students.

A spokeswoman for OCPS said the group would almost certainly not be allowed to distribute the materials at the schools.

"[The media] have perpetuated this terrible rumor that Satanists are coming in,” said Katherine Marsh, communications director for OCPS. "It is incorrect to say that at this time this organization has asked for and received clearance to hand out this pamphlet in Orange County Public Schools."

Atheist activists have targeted the school district since its 2013 decision to allow the Christian group World Changers of Florida to pass out Bibles to students.

FFRF previously submitted “An X-Rated Book” and other materials for review by the school board, which banned about half the proposed items, but the group distributed the other, approved literature on Religious Freedom Day.

The group filed a discrimination suit against OCPS in May 2013, which was dismissed after the school eventually decided to allow the banned materials.

A judge ruled in a separate case in August that OCPS must allow atheist groups to pass out materials if religious groups could, and the Satanic Temple flooded schools with child-friendly Satanic lesson books.