Jon Stewart: It's more fun to mock Rick Scott's fear of a 'ball fan' than his policies 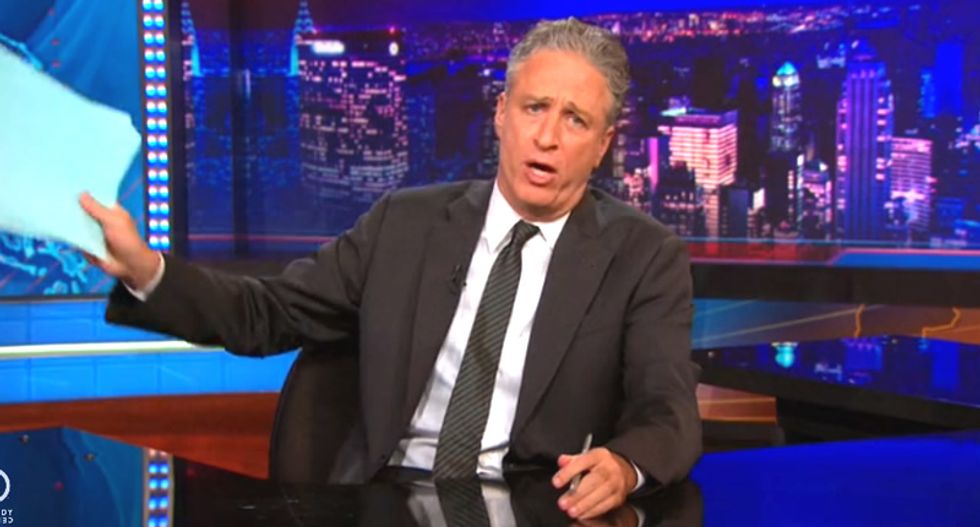 After weeks of depressing news, Jon Stewart said on The Daily Show on Thursday, the spectacle of the latest Florida gubernatorial debate was a literal godsend.

"We could have delved into the terrible actual answers [Gov.] Rick Scott gave in the debate about his horrifying policies for Florida," Stewart admitted. "But that is not nearly as fun as him missing four minutes of a debate because his opponent had a fan pointed at his balls."

Scott, refused to go onstage at the beginning of his debate with former Gov. Charlie Crist (D), allegedly complaining that Crist had violated the event's rules by placing a small fan at his feet.

The governor -- who Stewart described as the "hairless serpentine incumbent" -- later gave a bizarre, rambling statement explaning his protest.

Stewart pointed out that a similar dustup ocurred when Crist was first running for governor as a Republican in 2006. But the issue was resolved when he and opponent Tom Gallagher agreed to share a fan and take turns standing in front of it.

"Where once we were a nation of ball fan-sharers, in today's divided politics we would rather stew in our own testicular moisture than reach across the aisle to bring a fresh wind of compromise," he lamented. "As Abraham Lincoln himself once said, 'A scrotum divided against itself cannot stand.'"

Correspondent Samantha Bee told Stewart she was as confused about Scott's action as he was, pointing to a history of testicle-related incidents in Florida politics, like the disqualification of hundreds of ballots in the 2000 elections because of "copious amounts of ball sweat."

"The ballots were very poorly designed," Bee explained. "All those old people got confused. They intended to vote for Al Gore; instead, they accidentally stuck the ballots down their pants."

Watch Stewart and Bee's commentary, as posted online on Thursday, below.