PBS science reporter: Fox's Ebola coverage is 'a level of ignorance we should not allow' 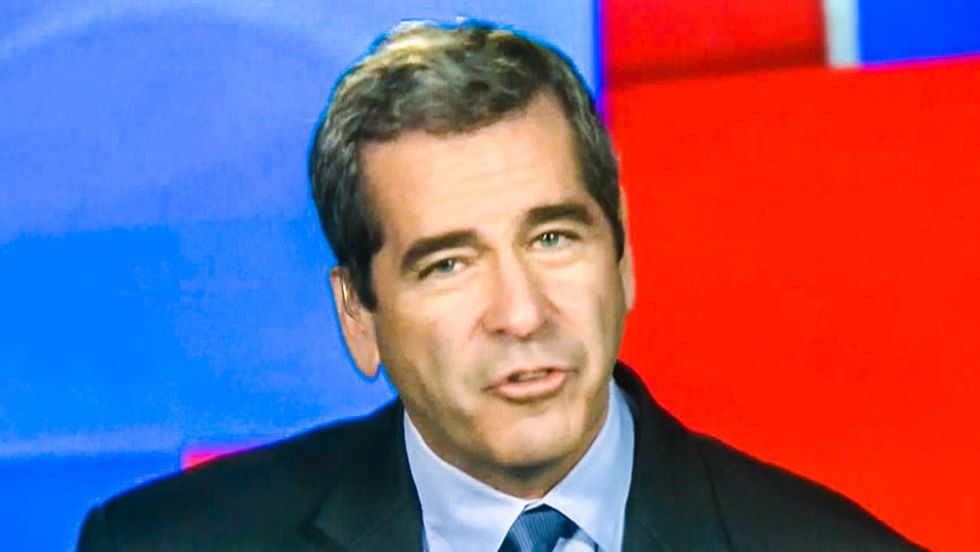 Miles O'Brien, the science correspondent for PBS Newshour, lamented on Sunday that he was embarrassed at some of the coverage of Ebola on Fox News that had a "racial component," and seemed intended to scare viewers.

On the Sunday edition of CNN's Reliable Sources, host Brian Stelter looked back at the last week's coverage of Ebola on Fox News. In one case, Fox News host Elisabeth Hasselbeck seemed almost disappointed when an expert downplayed the threat of the disease in the United States.

"We've heard the words 'Ebola in America,' a lot the past few days," Stelter noted. "It's technically true. There is a case of Ebola here in America. But to say Ebola is here, doesn't that sort of inflame people's fears?"

"It borders on irresponsibility when people get on television and start talking that way when they should know better," O'Brien explained. "They should do their homework and they should report in a responsible manner."

"Unfortunately, it's a very competitive business, the business we're in, and there is a perception that by hyping up this threat, you draw people's attention," he added. "That's a shame to even say that and I get embarrassed for our brethren in journalism."

Stelter also pointed to Fox News host Andrea Tantaros, who had warned viewers that West Africans might come to the U.S. infected with Ebola, and then go to a "witch doctor" instead of the hospital.

"We could digress into what motivated that and perhaps the racial component of all this, the arrogance, the first world versus third world statements and implications of just that," O'Brien remarked. "It's offensive on several levels and it reflects, frankly, a level of ignorance which we should not allow in our media and in our discourse."

Watch the video below from CNN's Reliable Sources, broadcast Oct. 5, 2014.