Tetris the movie: Can falling bricks really make it big where other video games failed? 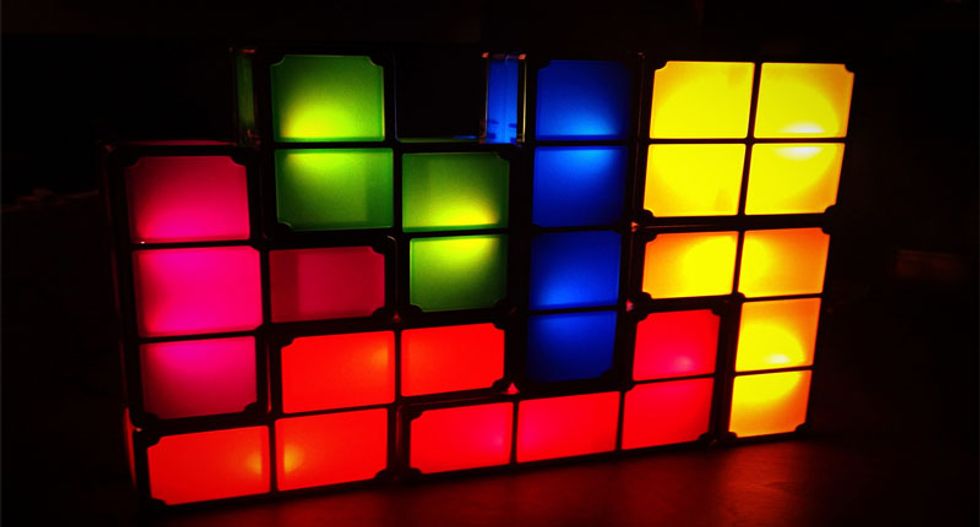 But it’s hard to think of equivalent successes for films adapted from video games, even looking back 20 years to the first, the execrable Super Mario Bros in 1993. Only a few have made any significant impact at the box office – Prince of Persia, Resident Evil and Tomb Raider – and fewer still have garnered anything close to acclaim. The highest rating awarded by the Rotten Tomatoes review site is a meagre 44% for Final Fantasy: The Spirits Within, with most others languishing between the single digits and low twenties.

With this history, it’s hard to believe that the forthcoming film adaptation of Tetris, the falling block puzzle and world’s most sold game, will offer anything different.

Staying true to the source

The process of transforming an artistic creation from one medium into another is a tricky thing, with attention almost invariably turning to the issue of “fidelity” – how faithful the adaptation is to the original work. Could this be the problem faced by those adapting video games?

Rich Moore, director of Wreck-It-Ralph, a Disney release not adapted from but featuring the characters of 1980s video games such as Donkey Kong, talks about the “mythology and baggage attached to pre-existing video game titles”, explaining that inevitably some fans do not react well to adaptations.

In fact, considerable research has debunked this concept of fidelity, as well as its use as a measure of an adaptation’s success. From Linda Hutcheon’s definition of adaptation as “repetition without replication” to Roland Barthes’s “Death of the Author” thesis, scholars argue that adaptations stand as works in their own right.

One problem seems to be that films based on video games are simply bad at everything: bad stories, bad acting, bad visuals. Prince of Persia was dismissed as “familiar genre high jinks”, Empire Magazine was unimpressed with Mortal Kombat’s “monotony of a story”, The Guardian described Silent Hill as “well-nigh incomprehensible”, and The Hitman as “patched-together CGI-assisted action along with rudimentary and witless characterisation”. You get the idea.

This is all a tremendous pity as games have huge potential for great adaptation, the most of which lies perhaps in the many narratives possible within their huge game universes. A good example is the Halo games franchise, with a rich canon of books and anime which expand upon its story arc. Other games bring compelling characters with all sorts of gaps in their backgrounds to be filled, for example Samus Aran, the protagonist of the Metroid series. The fact that a popular game already comes with millions of fans and potential cinema-goers doesn’t hurt.

Hits from the memory bank

One element which might support the potential of games as films today is nostalgia. The first generation of gamers in the late 1970s and ‘80s, now in their late 30s and 40s, remember well the Nintendo Game & Watch handheld versions of Donkey Kong and Mario Bros, Tetris on the Gameboy, and arcade classics such as Space Invaders, Pac Man and Frogger (even as their children swipe iPad screens to launch ornithological missiles in Angry Birds). Games are a powerful repository of cultural memory, and tapping into it was key to Wreck-it Ralph’s success.

Games, perhaps more vividly even than films or books, evoke memories of childhood: the rules and objectives recall shouts of triumph and of frustration, the merciless slamming of buttons and joysticks. This also underpins the appeal of Pixels, a 2010 short film by Patrick Jean that has been given a full-length remake. Despite relatively crude CGI and a narrative that doesn’t extend beyond Atari game characters falling from the sky, the film delights simply by feeding off that memory bank: with the recognition of Pong, Frogger, Tetris and Space Invaders comes the recollections of happy days spent playing them. That’s the fortuitous thing about games; they are usually associated with joy.

A classic in the making?

So I’m thrilled that a Tetris film is in the works. Perhaps voicing the views of many, The New Yorker met the news with a mix of “confusion, scepticism, and derision”. It opined: “How could the movements of a bunch of faceless, lifeless objects be the basis for a narrative film?” The production company defends their unconventional film, but ultimately theirs is a very conventional commercial justification: the recognition value of a brand. No different to Mickey Mouse or Transformers, people’s recognition of Tetris will drive its commercial value.

I think they sell their film short. This isn’t about familiarity with a brand, this is an appeal to a game so stripped to its barest elements that there are only two things upon which to focus: those blocks, and the playing process of lining them up. There is nothing else. That sense of play is the key to the memory bank. It could be, as Tetris Company founder Henk Rogers says, an appeal to the desire to “create order out of chaos”. Or the sense of being able to handle problematic blocks as they rain down from the sky, with no real consequence for not being able to keep up. It could be the achievement of reaching four lines in a row, or the immersion of being stuck in a moving car with eyes glued to the screen, oblivious to everything else passing by.

Johan Huizinga opens his classic book, Homo Ludens, with this declarative sentence: “Play is older than culture, for culture, however inadequately defined, always presupposes human society, and animals have not waited for man to teach them their playing.” We play because it is a primordial impulse in us: “the fun of playing … resists all analysis, all logical interpretation.”

It is that sense of play, not any sense of fealty to the original work, that is all too frequently lost in the process of turning a game into a film – the studio battles, the CGI work for the game universe, the marketing of another Hollywood celebrity. But in the case of Tetris, all we have is a simple game, with its simple pleasures of play.

By Jenna Ng, University of York

Jenna Ng does not work for, consult to, own shares in or receive funding from any company or organisation that would benefit from this article, and has no relevant affiliations.