Who would kill a deaf woman's deaf dog with a gunshot, police want to know 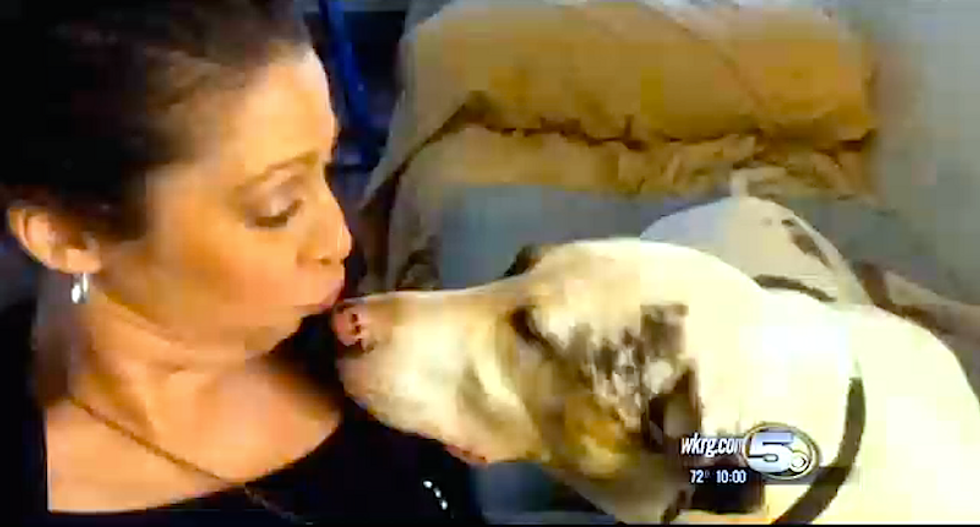 Police are investigating the shooting death of a dog in southern Alabama.

Tabitha Venable lost her hearing as a toddler, and she said she was drawn to her dog the moment she met him because the animal was also deaf.

"They were about to put to sleep, because he was deaf, and I told her I wanted to see him, and he probably needed a deaf mom,” Venable said. “So we were paired up. He was a beautiful dog. I had to keep him.”

Venable, of Satsuma, said she taught sign language to the dog, which she named Si.

She noticed Si was lethargic when she returned home recently, and she took him to the veterinarian – where Venable discovered the dog had been shot in the side by a small-caliber firearm.

"I don't feel safe,” Venable said. “If somebody shot my dog, it could happen to me. I can't hear a gunshot.”

Si died during emergency surgery, and police are investigating the case as felony animal cruelty.

“He was a good dog,” Venable said. “He was very protective of me.”