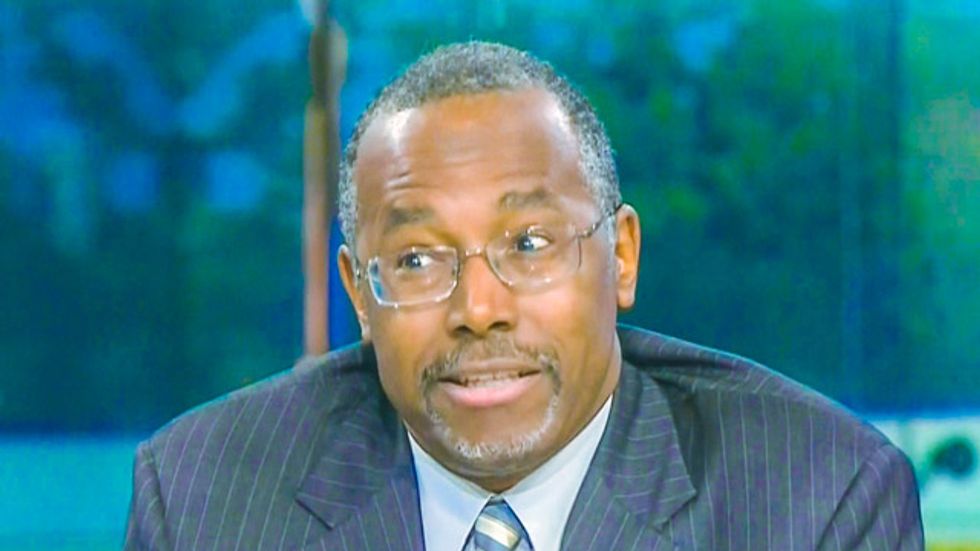 Fox News contributor Ben Carson fueled speculation on Thursday that he may run for president with the planned release of a 40-minute video "introducing" him to the country, ABC News reported.

The video, A Breath of Fresh Air: A New Prescription for America, was produced by Carson's business manager, Armstrong Williams, and will allegedly air on Sunday in 22 states and Washington D.C. The video will reportedly follow Carson's life growing up in Detroit through his tenure as director of pediatric neurosurgery at Johns Hopkins University. Carson withdrew from speaking at the school's graduation last year following student criticism over anti-marriage equality remarks he made likening gay people to pedophiles.

Carson has become a conservative favorite in part for his repeated criticism of the Affordable Care Act, more commonly known as Obamacare. Last year he compared the health care law to slavery.

This past June, he slightly amended that sentiment, comparing the law to the 9/11 attacks. He has also compared legal abortions to human sacrifices and expressed doubts as to the prevalence of domestic violence.

Regardless, Carson has continued to draw support from religious conservatives calling for him to enter the 2016 presidential race; he placed second in a straw poll at the Value Voters summit this past September, trailing only Tea Party Sen. Ted Cruz (R-TX).

On Monday, his political action committee, USA First PAC, posted video of Carson changing his party affiliation from Independent to Republican, which can be seen below.

Two days later, the group released another video in which Carson said that the first thing he would do as president would be to meet with congressional leaders and try to develop "cohesiveness." That clip can be seen below.