Comedian John Hodgman: Feds should lay down 'broadband like Eisenhower laid down interstates' 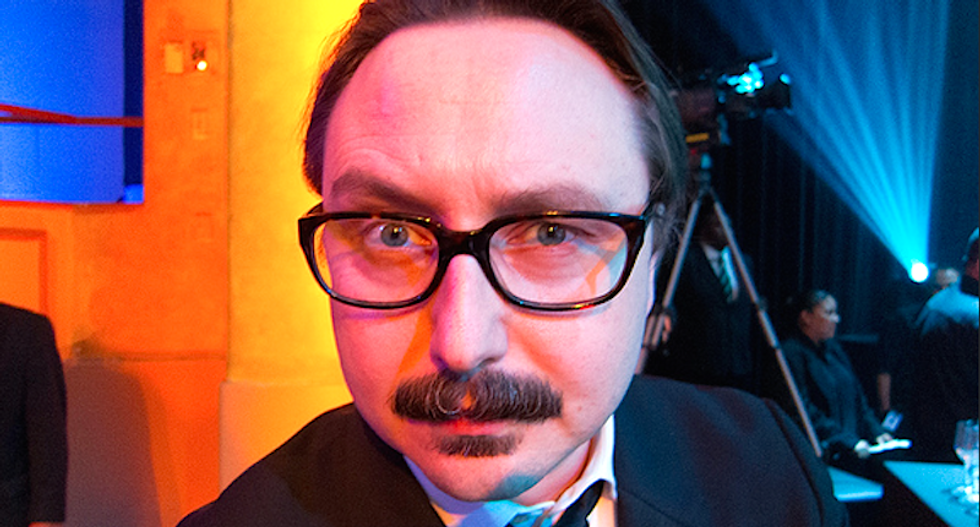 Comedian John Hodgman told fans Monday night during a discussion on net neutrality that the government was considering the exactly wrong action on the Internet.

Hodgman, who played "PC" in the famous Apple computer ads, said during a question-and-answer session on his Tumblr page that federal regulators should not allow telecommunications companies to charge websites more to carry their content.

“On principle I support anyone who supports the principle that all packets that traverse the internet should be given the same treatment regardless of source,” he said.

The former "Daily Show" contributor agreed that telecom companies had invested heavily in improving their content delivery and should be permitted to make a return on those investments.

“But these are also companies that built their empires on public resources (airwaves) and across and under private and public lands,” he said.

Hodgman said the Internet is simply too important to the economy, education, and creative expression to turn over that much power to telecom companies – which are merging into increasingly fewer choices for consumers.

“We have seen what happens when two or one large companies control what is increasingly a MANDATORY purchase in a given region, whether that’s health insurance or broadband (internet is a de facto required school supply in most communities now): high prices compared to the rest of the world and compromised service,” he said.

Independent commerce and journalism would be “throttled to the point of non-existence” if a few corporations could require them to pay exorbitant fees to use their online networks, he said.

“I believe in capitalism but not monopolies,” Hodgman said. “I believe in entrepreneurship and I am not against government efforts to foster it.”

The actor and writer said more communities “should invest in their own broadband networks to break regional telecom monopolies.”

“Personally I believe that the federal government should be laying down broadband like Eisenhower laid down interstates,” Hodgman said, “and I believe preferential fast-laning for big companies will decrease competition and quality and ultimately hamper what is poised to be the most important area of economic, cultural, and technological innovation of our time.”