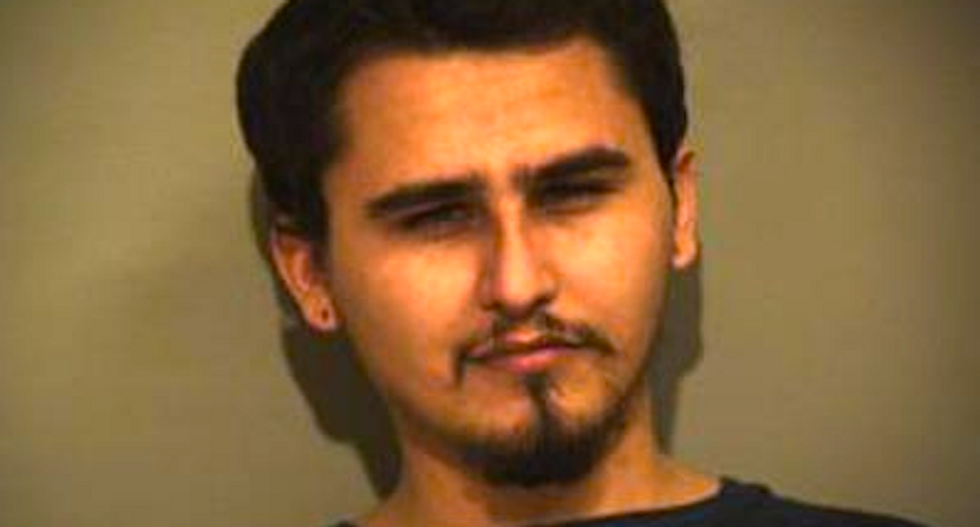 Prosecutors settled for a hefty fine instead of nearly half a millennium in prison for an alleged member of the Anonymous hacker collective who admitted to breaking into a Texas government website.

Fidel Salinas reached a plea agreement last week with federal prosecutors – who had threatened the 28-year-old hacker with up to 440 years in prison under ill-defined and poorly understood laws on computer-based crimes.

Salinas had been charged with 44 felony counts of computer fraud and cyberstalking – which carry 10-year maximum prison terms and could have resulted in a centuries-long sentence.

Virtually all of those charges were eventually dismissed, reported Wired, and the hacker’s attorney believes the case is a clear example of prosecutorial abuse.

“It shows how aggressive they are, and how they seek to destroy your reputation in the press even when the charges are complete, fricking garbage,” said attorney Tor Ekeland, who represented Salinas for free.

Nearly half the counts in the indictment were cyberstalking charges based on Salinas submitting a public contact form filled with junk text to an unnamed victim’s website.

Each of the 18 times he clicked “submit” was counted by prosecutors as a separate crime that could have resulted in 10-year sentences.

Salinas was charged 15 times with violating the Computer Fraud and Abuse Act for each of his attempts to hack the same site in a six-minute period.

“If filling a website submission form a lot of times is cyberstalking, about half of Twitter is going to jail,” Ekeland said.

His attorney said Salinas scanned the sites with commercially available vulnerability scanning tools such as Acunetix and Webcruiser.

He admitted to running a script from his computer in January 2012 to make more than 14,000 access attempts to the county’s administrative website, which prosecutors said caused the site’s operators to be locked out.

Salinas was ordered to pay $10,000 in restitution, with $4,000 due immediately upon sentencing in February.

A press release issued by the U.S. Attorney's office did not mention the previous charges or the lengthy prison term threatened against Salinas.

He faces a possible one-year prison term in the case, but his attorney said the punishment should be limited to repaying the county.

Ekeland argues that the Computer Fraud and Abuse act and cyberstalking laws are too vague and are often sloppily applied because they’re not understood well enough.

“(Prosecutors) all want a computer crime prosecution notch on their belt, but they don’t understand the law or computers,” the attorney said.