Online courses, diets, and going to the gym: Here's the science behind why we 'give up' 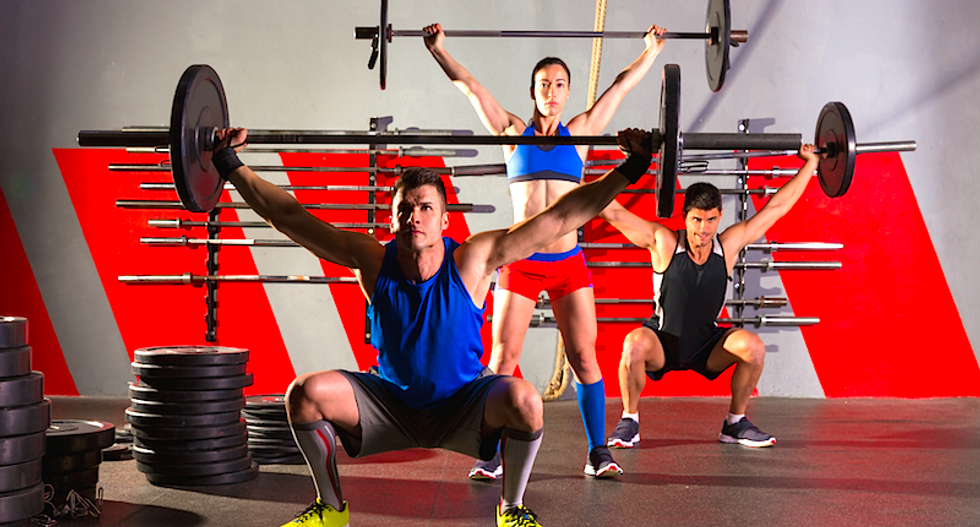 One of the characteristic features of Massive Open Online Courses is the observation that no matter how many students enroll in a course, only between 5 to 10% of them will ever complete it. Setting aside the argument of whether this actually means that MOOCs are considerably less “massive” than the name suggests, the interesting question is what is behind this high level of drop-outs and why does it seem so consistent?

To investigate this phenomenon further, a colleague and I at UWA collaborated with Stanford University and looked at MOOC activity for 42 of their courses that were run on Coursera. We assessed student activity by the simple measure of how many people watched each of the videos offered by each of the courses. It turned out that people belonged to one of two different groups and that these groups drop out of the courses in a remarkably consistent way.

The first group of MOOC students drop out quickly with half of them stopping after only 10% of the videos have been watched. In an average MOOC this means that half will have dropped out before they have watched the first week’s videos. The second group consist of those students who stick with it for longer and so their drop-out rate is slower. The pattern of student drop out of a typical course is shown in the following graph.

The amazing feature of all of this is that it didn’t matter what the course actually is about, nor did it matter who taught it or how they taught it, students all dropped out of all of these MOOCs at very similar rates.

It turns out that the drop out pattern seen in MOOCs is actually similar to those seen in a range of different areas including gym attendance and how long people wear fitness trackers. In both cases, there is a group of people who will give up going to the gym or wearing a fitness tracker (or dieting) faster than a second group who drops out over a longer period of time. Of course, as with people taking MOOCs, there are those people who will stick it out on an ongoing basis.

The way people stop doing MOOCs or stop going to the gym is remarkably similar and follows a pattern in which two parallel processes are losing numbers at different rates, one fast, the other slow. Coincidentally, this pattern is seen frequently in biological and physical systems.

A limited pool of self-control

One possible explanation for this phenomenon comes from psychology and is known as “ego depletion”. Ego depletion is a theory that proposes that people have a limited amount of self control, or willpower, and that this is reduced every time we exert it, for whatever reason. In an experiment to demonstrate this, researchers have found that if they give their test subjects two tasks that require self-control, the subjects show less self-control in the second task than those subjects who were first given a different task not requiring self-control. In other words, doing any task requiring willpower makes any subsequent task that much harder to do.

Ego depletion may be the reason that we give up going to the gym, give up on diets and any other program for self-improvement. With every bit of self-control we exert, every subsequent demand for it becomes harder. The drop outs from MOOCs demonstrate that across a large number of people, how quickly we run out of self-control is fairly consistent, explaining why the drop out curves are similar across different courses.

People naturally exhibit different levels of ability when it comes to self-control. People who have measurable traits of higher self-control are more successful in losing weight. It is also possible to work on improving self-control through a range of strategies including exercises.

The causes of self-control sapping

The actual demands on willpower, in the case of MOOCs at least, are likely to be about how the participants prioritise their time. Lack of time is probably the most significantly cited challenge of persisting with MOOCs. Given that these courses are commonly done by people who are working or engaged in other studies, it is easy to see how ego depletion would work to make it hard to fit a MOOC into an existing schedule.

The difficulty for organisations that run gyms or put on MOOCs is that when dropout is due to factors that are inherent in the general population, there is little that they can do to influence retention short of offering expensive incentives. This task is made especially hard because once someone drops out, there is no easy way to engage with them to get them to start again.

David Glance does not work for, consult to, own shares in or receive funding from any company or organisation that would benefit from this article, and has no relevant affiliations.