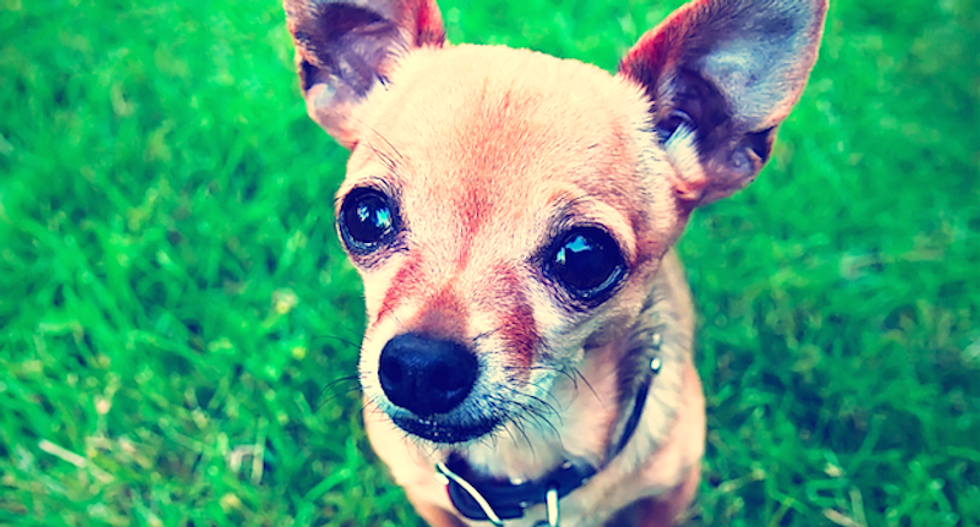 Wilbur Cerate said he knew something was wrong one Saturday last month when the dog failed to greet him when he got home, reported WAVY-TV.

So he checked a security camera set up outside his family’s trailer home and spotted a van marked “PETA” backing into his driveway.

Two women got out of the van, he said, and one of them walked onto the porch and took Maya, the family’s dog, and put her in the back of the van.

“I was angry,” Cerate told the station. “I understand they pick up my dog, if it was in a tree or another place, but this is in my house.”

He said his daughter, who has had trouble adjusting since moving to the U.S. from Mexico, was devastated.

He said the two women from the People from the Ethical Treatment of Animals returned three days later with a fruit basket.

The women told Cerate and his family their dog had been euthanized, although they didn’t offer any proof or an explanation.

“We don’t have an answer about why,” Cerate said.

The two women were charged with larceny after an investigation by the Accomack County Sheriff’s Office, but prosecutors later dropped the charges due to insufficient evidence.

The prosecutor said the video doesn’t prove criminal intent, so he declined to pursue the case.

PETA has so far declined requests for comment on the case.

A 2012 analysis found that PETA euthanized about 85 percent of animals it rescued.

Consumer groups have asked Virginia's Department of Agriculture and Consumer Services to officially reclassify the organization’s shelters a “slaughterhouse,” saying it put to death nearly every dog and cat rescued between 2006 and 2011.