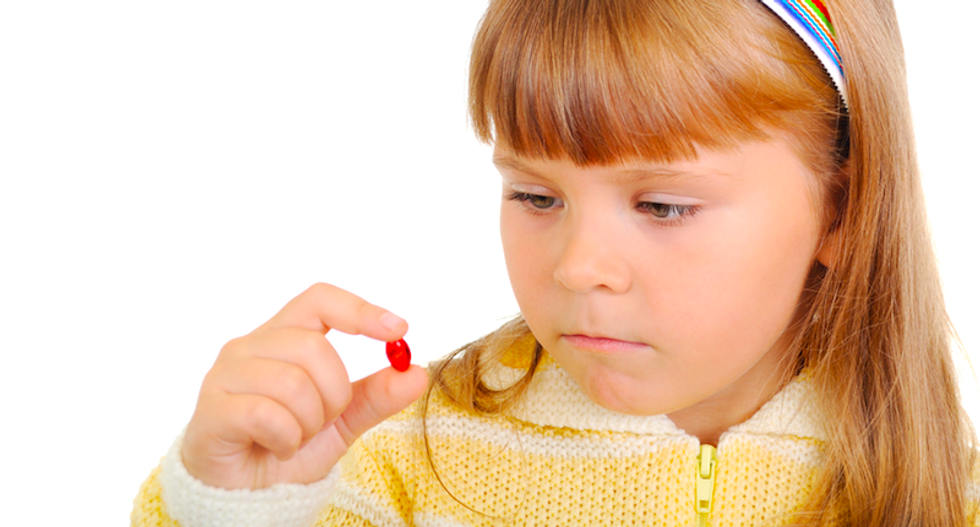 Some alternative medicine practitioners have been recommending parents give their children sugar pills instead of vaccines.

A recent hidden-camera investigative report by CBC’s “Marketplace” found several homeopaths advising against common childhood vaccinations such as MMR – measles, mumps, and rubella – as dangerous while downplaying the illnesses they ward against.

"Measles is not really not a dangerous disease,” one homeopath told a patient.

Another homeopath claimed measles was “actually a fairly harmless disease” for children over the age of 1.

The homeopaths in Toronto and Vancouver told their patients the vaccinations could trigger autism, a claim based on a British study that was eventually retracted and described as "an elaborate fraud."

“That whole study has been completely debunked, but it planted the seed of doubt in parents’ minds, and it’s hard to ‘unscare’ people,” said nurse Shannon McDonald.

She has treated children for serious complications, including infections that required the amputation of fingers and toes, from vaccine-preventable illnesses.

“The autistic kids I see, their parents are fairly confident that their children were vaccine-damaged,” one homeopath said.

More parents in Canada are choosing to forgo vaccinations for their children, and CBC reported that an estimated 40 percent of 7-year-olds are not current on their vaccine schedule.

"Babies are getting too much stimulation of their immature immune systems," one of the homeopaths told the undercover reporters.

CBC interviewed several parents who mistrusted vaccines, including one mother whose daughter contracted whooping cough – which is highly contagious but can be controlled through vaccinations.

"Many diseases that children are vaccinated against, their risk of getting is very low," one of the homeopaths said.

All of the homeopaths featured in the “Marketplace” report sold remedies known as “nosodes” – which are basically sugar pills – to their patients.

“This is what a remedy looks like,” a homeopath told her patient. “It’s just a little, little ball and it’s just like sugar – it tastes really good.”

The homeopaths told their patients these nosodes were just as effective as vaccinations.

“From the studies that have been done, it is no different,” one homeopath claimed.

The homeopaths claimed studies conducted by Isaac Golden have shown these sugar pills were 92 percent to 96 percent effective in preventing childhood illness.

Health officials in Australia, where Golden is from, ordered the removal of some claims based on his research from websites devoted to homeopathic remedies.

“It works on a very subtle level, as does homeopathic treatment,” Golden told CBC. “Unfortunately, it would take more of the time than the program has to give a full explanation of that.”

None of the homeopaths agreed to on-camera interviews, but they told CBC that they were simply sharing information with their patients – who they expected to make up their own minds on vaccinations.

Watch an excerpt from the report posted online by Toni Pomeroy: