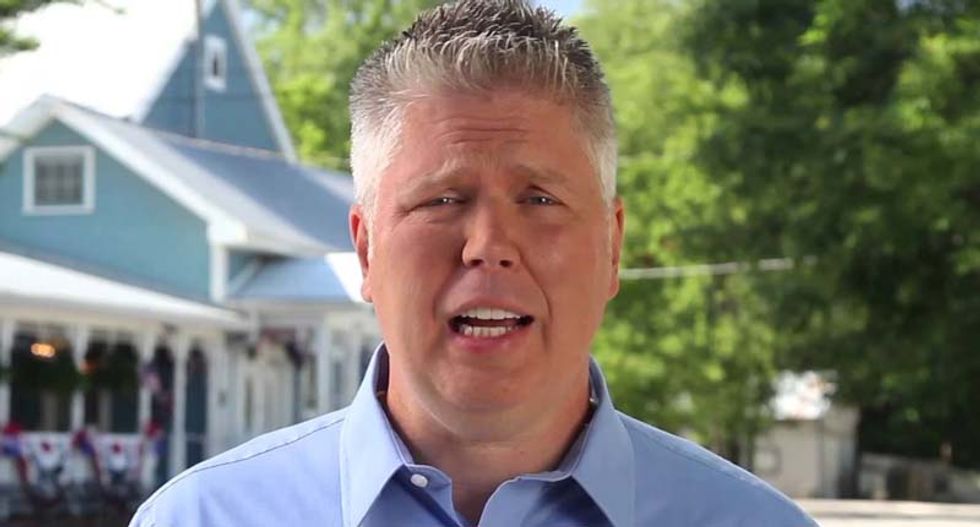 The former police officer demanding the NFL discipline five St. Louis Rams players over their display of "hand up, don't shoot" before a game on Sunday has a history of controversy, including being disciplined for lying in police reports as well as sponsoring legislation that would shield the names of police officers from public scrutiny unless charged with a crime.

Sunday night, St. Louis Police Officers Association Business Manager Jeff Roorda was quoted in a statement from the association calling for the five players, Stedman Bailey, Tavon Austin, Jared Cook, Chris Givens, and Kenny Britt, to be disciplined and for the Rams and the NFL to make a public apology.

The SLPOA described the gesture as “tasteless, offensive and inflammatory.”

In the statement, Roorda claimed, "Our officers have been working 12 hour shifts for over a week, they had days off including Thanksgiving cancelled so that they could defend this community from those on the streets that perpetuate this myth that Michael Brown was executed by a brother police officer and then, as the players and their fans sit safely in their dome under the watchful protection of hundreds of St. Louis's finest, they take to the turf to call a now-exonerated officer a murderer, that is way out-of-bounds, to put it in football parlance."

Roorda, a Democrat who most recently served in the Missouri House of Representatives before running for a seat in the state Senate and losing, was fired from the Arnold, Missouri police department in 2001 for misconduct after having been previously warned in another case where he was found to have lied in a police report.

According to court documents, in 1997 Roorda was reprimanded for attempting "...to try to 'cover' for another police officer by filing a report that contained false statements as to what happened during a suspect's apprehension and arrest. As a result of this false report, all charges against the defendant involved were dropped." The court notes that Roorda was informed, “If it is ever determined again that you have lied in a police report, you will receive a more severe punishment, up to and including termination.”

Roorda was later terminated for lying about interactions with other police officers after accusing them of threatening and abusing him. Roorda's charges were disproved by audio tapes of the conversations provided to investigators by Roorda himself.

Following a stint as a police chief of Kimmswick, Roorda was elected to the Missouri House of Representatives where he attempted to amend the state's Sunshine laws with regard to police activities.

According to MissouriWatchdog.org, Roorda introduced an amendment that would " prevent the public from obtaining 'any records and documents pertaining to police shootings … if they contain the name of any officer who did the shooting'." Under Roorda's proposal, a police officer's name would only be entered into the public record if they were charged with a crime. The proposal also extended to the names of police officers who were in involved in a shooting, regardless of whether the officer was on duty.

While simultaneously serving in the Missouri House while employed as the business manager for the SLPOA, Roorda pushed back against equipping police officers and cruisers with dash and body cameras, saying, "Instead of the cameras being there to protect the officers, they get disciplined for petty stuff constantly — for violating the uniform code, or rolling through a stop sign for an urgent call, or for not turning the camera on. That's one of the hottest issues for my guys. They're tired of the nitpicking, and that's what the cameras have been used to do."