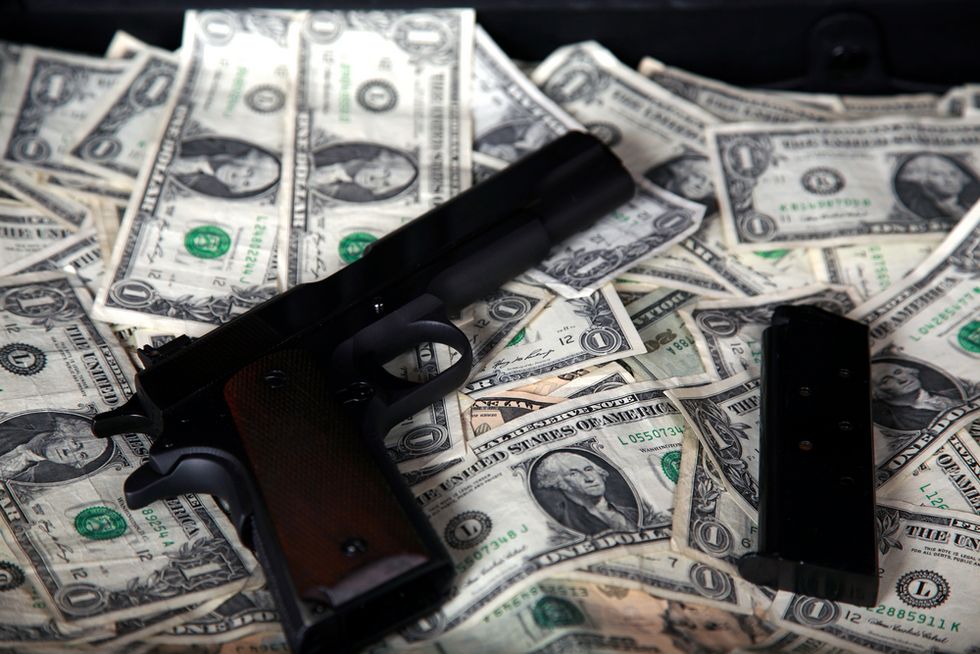 Gun and clip with cash (Shutterstock.com)

Firearms trafficking expert Glenn Pierce said this week that Ismaaiyl Brinsley may have exploited a loophole in gun control laws to obtain the weapon used to murder to New York City police officers.

According to the New York Times, Brinsley had been arrested 20 times, including one arrest for firing a stolen gun in Georgia. And as a felon, he should have been barred from purchasing a gun.

But the semiautomatic Taurus handgun that Brinsley used to kill Officers Wenjian Liu and Rafael Ramos had been purchased by someone else at an Atlanta pawn shop in 1996.

Criminologist have long known that straw purchasers often buy guns in southern states with lax gun laws, and then sell them up north. And since private sales are exempted from background checks, the seller would have never known that Brinsley was a felon.

To complicate the problem, the 2003 Tiahrt Amendment barred researchers from analyzing federal firearms tracing data, making it difficult to understand the flow of weapons trafficking.

However, Northeastern University criminology professor Glenn Pierce explained to Al Jazeera that it would have been a lot harder for Brinsley to obtain the weapon in a state with strict gun laws, like New York or California.

“Do I think more stringent laws would have made it more likely this guy would get a gun? Maybe if he was living in New York he might not have been able to get a gun as easily,” Pierce noted. “But there will be arguments on both sides as to whether increasing the restrictive character of laws is going to make you more safe or less safe.”