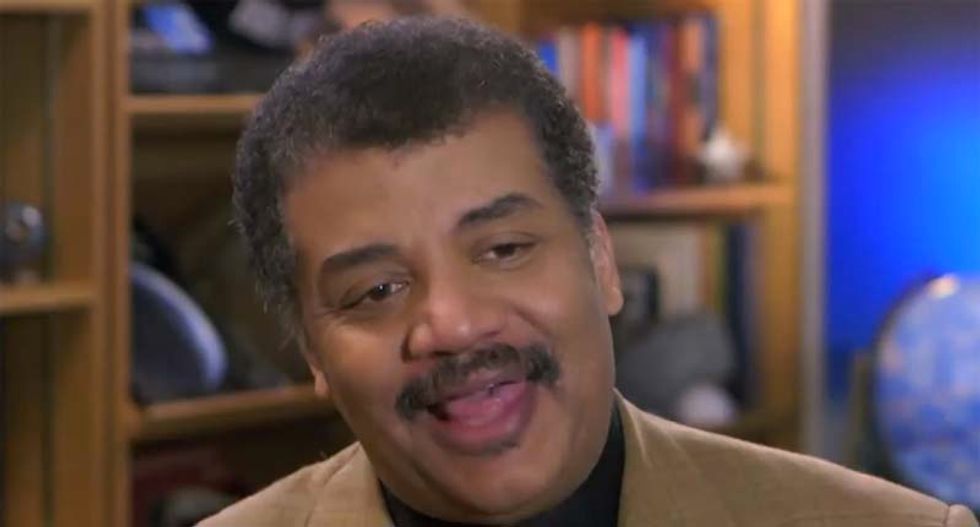 In a promotional video for The Theory of Everything --  a biographical film based on the early life of theoretical physicist Stephen Hawking  --  popular astrophysicist  Neil deGrasse Tyson described Hawking as a “bad-ass” for his theory on black holes.'

Stating people enter into careers in science hoping to make a discovery and advance our 'understanding of the universe," Tyson points out, "not everyone gets to accomplish that. Stephen Hawking has."

"Stephen Hawking has a phenomenon named after him," he explains. "Perhaps what he's most known for is something called Hawking Radiation."

"Until he published that paper, our understanding of black holes was pretty clear," he continues. "It's a region of space where matter has collapsed to such density, the gravitational field is so high that nothing can escape, not even light. What Hawking showed is that, in fact, black holes can evaporate. The mass of a black hole can become energy and that energy can be radiated away."

"No one had done that before," Tyson explains before adding, "That's bad-ass."

Watch the video below, uploaded to YouTube by Focus Films: