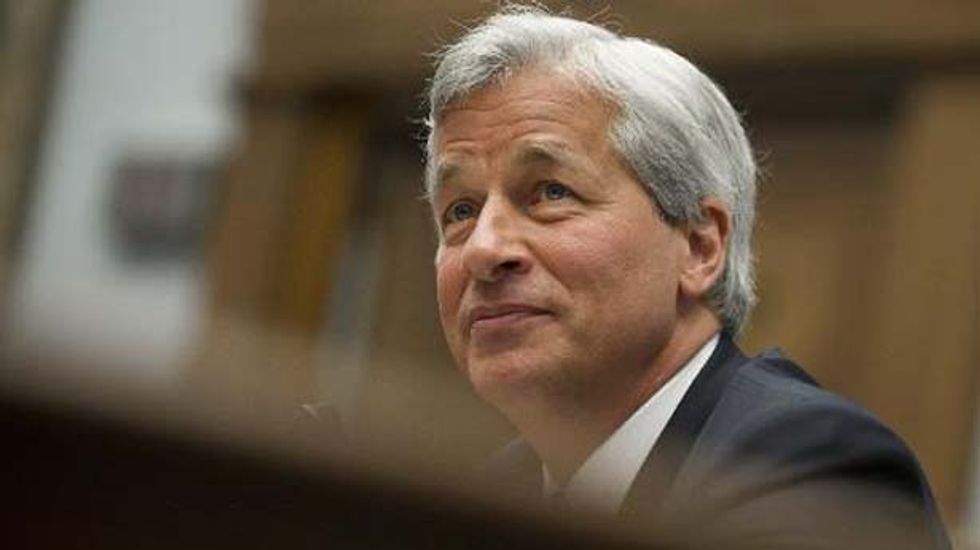 The sh*t CEOs say! When the chiefs of giant corporations are not blaming others for their mismanagement and unscrupulous behavior, they’re explaining why their distorted worldviews are best for the 99 percent. They do this, of course, at a time of declining national median income and huge paydays for executives.

Here are a few of the most out-of-touch and out-of-line oracles made by American CEOs, a mix of recent gaffes and classic blunders.

JPMorgan honcho Jamie Dimon has taken time out of his regularly scheduled program of mismanaging a systemically dangerous bank to divulge why he's richer than the rest of us. Mike Mayo, who is both an analyst at CLSA and a critic of too-big-to-fail banks, was on an investor conference call -- a forum in which executives typically offer BS about their company’s performance. Mayo wasn’t having it. He asked pointedly if customers might take their money to better-capitalized banks than JPMorgan. (Check out the video.)

Mayo: I think what I hear UBS saying in the presentation is that if I'm an affluent customer I'll feel a lot better going to UBS if they have 13.5 (percent) capital ratio than another big bank with a 10 percent ratio. Do you agree with that?

Dimon: You would go to UBS and not JPMorgan?

Mayo: I didn't say that. That's their argument.

Dimon: That's why I'm richer than you.

The mystery of Dimon’s riches solved! Dimon became 1 percenter extraordinairre because he operates in a lax regulatory climate that lets him get away with low capital ratios. That, of course, is one of the reasons the big banks blew up the economy during the recent financial crisis – they were over-leveraged. Which is awful for just about everybody -- investors, taxpayers and ordinary people dealing with economic ruin. But it sure is great for Dimon.

James Saft over at Reuters was less than impressed by Dimon’s musings:

The real issue isn't who is rich, but rather whose interests are being fairly served and whose aren't. Dimon's approach gives short shrift to both shareholders and taxpayers. Taxpayers still carry substantial risks for which they are not being compensated, a state that will only change when regulations are tightened, and hopefully vastly simplified…Shareholders do badly because the kind of bank Dimon runs is prone to loss and volatility, leading markets to set a low value on the bank's earnings.

Dimon may be wealthy, but his crappy performance as a CEO, demonstrated in the “London Whale” fiasco in which $6 billion went missing, has cost him. His pay was recently cut by more than half, to $11.5 million from $23 million. Alas, he still feels more than rich enough to continue his obnoxious bragging.

The Mayo exchange certainly isn’t the first time Dimon has shared his perspective on being filthy rich: In 2011, as bankers were under fire from the Occupy movement, he whined, "Acting like everyone who's been successful is bad and that everyone who is rich is bad -- I just don't get it.”

No, Jamie, and you probably never will.

2. “I don’t think that I would consider myself a feminist.”

Marissa Mayer, the CEO of Yahoo, has also taken it upon herself to expound upon how “easy” it is to have a baby: “way easier than everybody made it out to be.” Which, of course, it must be when you have a nursery built right by your office!

Mayer has also treated us to her dim view of feminists, whom she characterizes as negative Nellies whose bitching and moaning is unwelcome: “I don’t, I think, have sort of the militant drive and sort of the chip on the shoulder that sometimes comes with that. And I think it’s too bad, but I do think feminism has become, in many ways, a more negative word.”

Essentially, Mayer has waltzed through doors kicked open by the courageous women who have fought and organized to win her the opportunity to become a CEO, and then kicks dirt in their faces. Classy.

Bank of America CEO Brian Moynihan is no stranger to controversy, having amplified his bank’s bad vibes in 2011 with an infamous $5 debit card fee that fizzled in the face of widespread criticism. The BofA chief whined that this was all grossly unfair, insisting that his company had a "right to make a profit" and that nobody understood "how much good" his employees do.

Moynihan neglected to mention that the debit card move was a classic example of what economists call “price leadership” –the signal given by the lead dog in an oligopoly that tells everyone in the group that it’s fine to raise prices. That the price increase has no connection whatever to the quality of the product or service is ample evidence that big banks like BofA do not operate in anything remotely resembling a free or fair market. They are dangerous parasites that suck the lifeblood out of the real economy and get away with it because of their political influence and their status as too-big-to-fail.

Somehow, even without the nasty debit card fee, Moynihan managed to suck up gargantuan amounts of money. Despite his dismal performance as CEO, in 2012 he received a 73-percent pay increase, largely because the bank was able to resolve various lawsuits launched in the wake of the financial crisis. BofA was able to do this of course, because financial crimes go largely unpunished in America. The $12.1 million pay package meant that Moynihan was one of the best-paid CEOs on Wall Street that year.

4. “We've got to get companies to regulate themselves…”

Of all the idiotic ideas we’ve heard since the financial crisis, this notion ranks high for sheer brazenness. And who uttered these words? None other than AIG CEO Robert Benmosche, whose company became the poster child for the culture of corporate dysfunction that helped tank the economy. AIG got a $180 billion bailout during the 2008 financial crisis, which it needed in part because financial institutions had been allowed to regulate themselves.

After the bailout, which came in the wake of several fraud investigations, huge bonuses were distributed to AIG executives. Unabashed, Benmosche explained to CNN that "the most important thing is that we've got to get companies to regulate themselves and to do the right thing.”

Mm-kay. Elizabeth Warren, among others, has been vocal about the pressing reasons why just the opposite approach is needed, explaining that such financial institutions “run the risk of taking down everyone’s job…everyone’s pensions…[and] the entire economy.”

5. “I have no regrets about…how Countrywide was run. It was a world-class company.”

Spoken like a world-class asshole! Angelo Mozilo, the former head of Countrywide, brought “subprime mortgage” into common parlance by chasing high-risk borrowers to boost market share. Countrywide's shady practices led to a frenzy of subprime lending in the industry that eventually torpedoed the economy. To keep the frauds and hustles going, the company aggressively silenced whistleblowers.

Oh, really? As CNBC’s John Carney has pointed out, there’s no evidence that anything but a tiny fraction of homeowners walked away from underwater mortgages, even at the very height of the crisis.

Nobody bought Mozilo’s ludicrous defense, including the SEC, which sued him for fraud. Mozilo's and Countrywide's insurance policies paid $67.5 million to settle a civil fraud case and Mozilo is banned from ever serving as an officer or a director at any public company. Portfolio magazine ranked him as #2 on its list of "Worst American CEOs of All Time."

Obviously, this list would not be complete without acknowledging the spectacular verbal gifts of Lloyd Blankfein, chief of Goldman Sachs. Blankfein sees himself as the champion of the free market, a hero who mocks the public and revels in his power.

In the gaffe-of-all-gaffes, Blankfein proclaimed the heavenly mission of investment bankers, insisting that they are doing “God’s work.” He added, perhaps with some foreboding, "I know I could slit my wrists and people would cheer."

Goldman Sachs has made a specialty of defrauding investors by hiding conflicts of interest between itself and its customers. In 2010, the company was forced to pay a $550 million fine to settle securities fraud charges.

Recently, Blankfein expressed his commitment to seeing that Social Security and Medicare will not be there for the elderly.