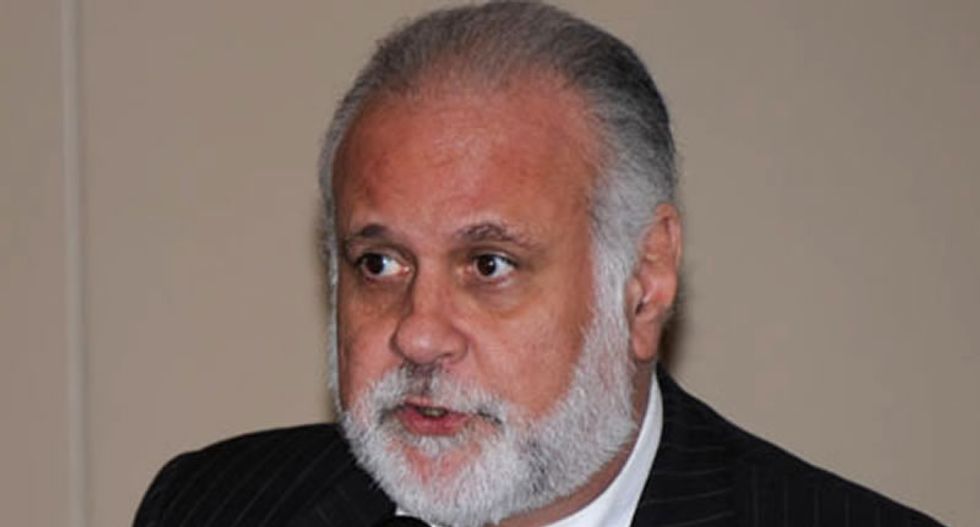 The South Carolina Tea Party Coalition has scheduled a white nationalist -- and self-described "Confederate Cuban" -- to speak at its convention in January, the Institute for Research and Education on Human Rights (IREHR) reports.

According to the Southern Poverty Law Center, Roan Garcia-Quintana is both a lifetime member and, currently, a board member of the white-nationalist group known as the Council of Conservative Citizens (CCC), which is an offshoot of the White Citizens Council that was formed to fight desegregation in the wake of Brown vs. Board of Education.

The CCC website lists among its "Statement of Principles" that "[w]e believe the United States is a European country and that Americans are part of the European people." Garcia-Quintana told The State that the CCC merely "supports Caucasian heritage."

Garcia-Quintana frequently introduces himself as "the Confederate Cuban," by which he means he is "Havana born, Savannah raised." Despite this, he is the executive director of the anti-immigrant group Americans Have Had Enough.

When asked about his stance on interracial marriage by the Charleston City Paper, he said "I don't condone it."

"I personally don't [condone it] because I have seen the damage that it does to the offspring where the two families don't like it," he said. "Let's just talk black-white. As you very well know -- and you should know if you don't know this -- black people don't like their kids to marry white folks, right?"

Garcia-Quintana first garnered national attention last year when South Carolina Governor Nikki Haley cut ties with him after his membership in the CCC was made public.

Also speaking at the convention will be likely GOP presidential candidates Ben Carson and Rick Santorum, as well as Congressman Louie Gohmert (R-TX).