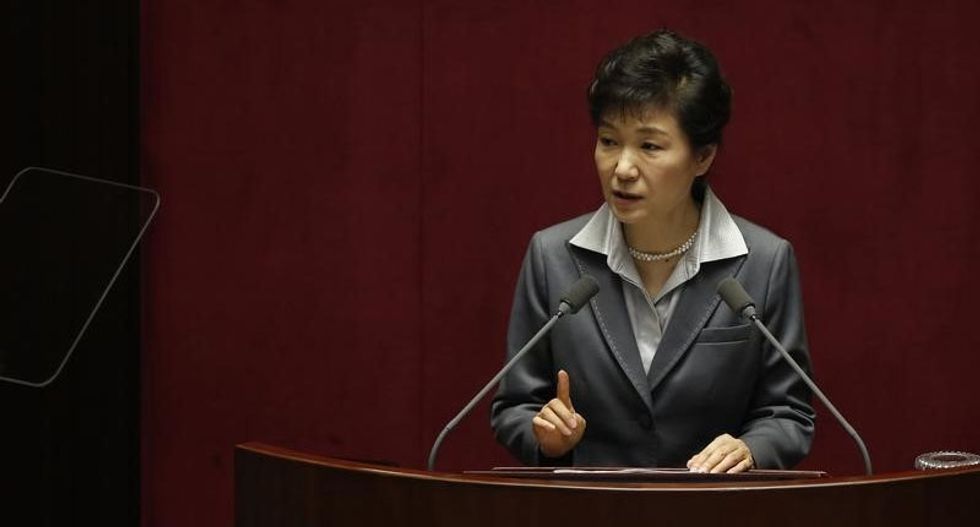 Korea Hydro and Nuclear Power Co Ltd (KHNP), which runs South Korea's 23 nuclear power reactors, said on Monday its computer systems had been hacked, raising alarm in a country that is still technically at war with North Korea.

Park ordered inspections of safeguards at national infrastructure facilities, including nuclear power plants, against what she called "cyber terrorism".

A government official said authorities had raised the cyber crisis alert by one level for all the state-run companies to "caution" from "attention".

The nuclear operator, part of state-run utility Korea Electric Power Corp, said only non-critical data had been stolen and operations of the nuclear plants were not at risk. South Korea's law enforcement authorities are investigating the leaks.

"Nuclear power plants are first-class security installations that directly impact the safety of the people," Park said at a cabinet meeting, according to her office.

"A grave situation that is unacceptable has developed when there should have been not a trace of lapse as a matter of national security," she said.

Within hours of Park's comments, an online user who claimed to have hacked the nuclear operator posted a new threat and a fresh batch of data on the same Twitter account that was used for previous threats and leaks.

"We are now looking at it ... We believe it was done by the same user," an official at South Korean prosecutors' office investigating the leaks told Reuters by telephone.

An official at the nuclear operator said it was working to verify whether the data had been taken from its computers.

Earlier, the investigation team official said Seoul had not ruled out the possibility that North Korea was involved in the cyberattack, although Park did not make any mention of it.

The official added that South Korea had requested Washington's help investigating the matter.

In recent years South Korea has accused the North of a carrying out several cyberattacks on its banks and broadcasters.

The incident at the nuclear operator came after the United States accused North Korea of a serious cyberattack on Sony Pictures and vowed to respond proportionately.

Anti-nuclear activists in South Korea have also protested against the use of nuclear power.