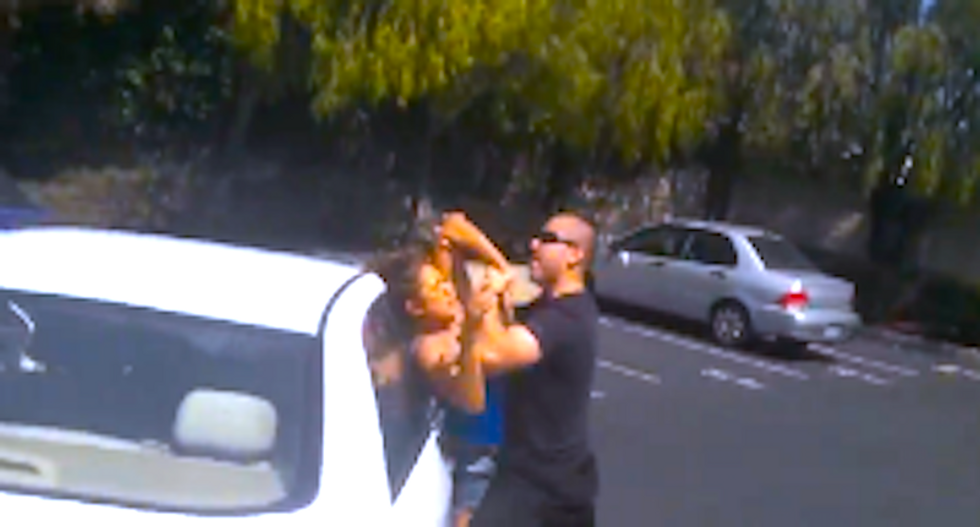 The video shows the officer, who is dressed in shorts and a T-shirt, slam one of the women against a parked car.

He yells at the passerby who recorded cell phone video of the altercation that he is a police officer, but he does not show his badge at any point during the minute-long recording of the September incident posted on Live Leak.

The woman’s sister comes to her aid, and both of them get into a car and drive away.

KPIX-TV confirmed the man is a San Jose police officer, although his name was not released.

A police spokeswoman said the woman crashed into the rear of the officer’s vehicle, and he attempted to detain her until on-duty police arrived.

Sgt. Heather Randol told the TV station that the woman bit the officer during the altercation.

Misdemeanor warrants have been issued for the woman and her sister for leaving the scene of an accident and use of force against a police officer, the spokeswoman said.

Randol said a supervisor conducted an internal investigation at the scene of the officer’s use of force, but he was not disciplined.

Watch video of the incident posted online by Live Leak: